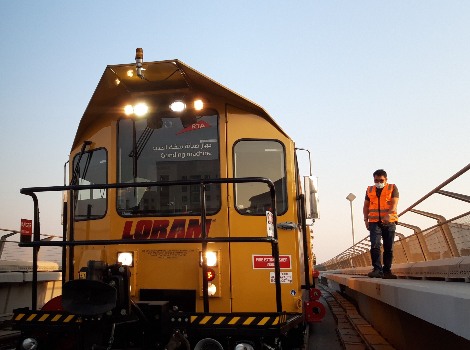 Dubai’s Roads and Transport Authority (RTA) has been accredited by a recent specialised benchmarking study accredited for the superior performance in ensuring that the daily operation of the Dubai Metro complies with the standard noise and vibration levels. Such findings were made in a study that covered multiple metro systems of metropolitan cities in the second half of 2020.

Abdul Muhsen Ibrahim Younus, CEO of Rail Agency, RTA, expressed his delight with this important technical achievement. “This achievement is a testament to the daily operational efficiency of the metro system as well as the safety and security levels of the metro service. RTA prioritises these two elements and endeavours to achieve them with distinction,” said Younes.

The study confirmed the superiority of the Dubai Metro in comparison with other global metro systems in terms of reduced noise and vibration, thanks to the daily operation and maintenance of the rail tracks. These findings are credited to the preventive measures taken by the Rail Agency in several aspects relating to the suppression of noise and vibration of the metro.

The study ranked Dubai Metro amongst the top in tackling issues related to vibrations resulting from the metro operation and maintenance. Such treatment measures are highlighted by the rail grinding programme. The Dubai Metro was amongst the few metros that has a robust brakes inspection system as brakes are the key cause of noise levels. It was also amongst the top in receiving the least number of annual complaints relating to noise and vibration levels. Additionally, Dubai Metro was in the Top 11 metro systems that maintain monthly inspections relating to wheel reprofiling.