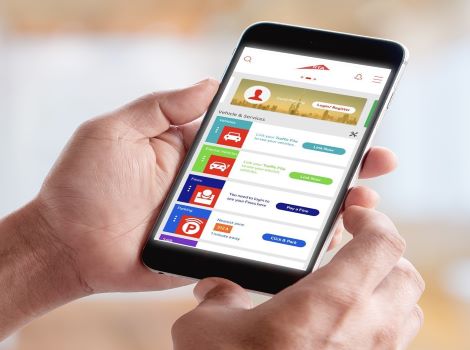 As much as 882,428 transactions were processed through smart apps of the Roads and Transport Authority (RTA) during the first quarter of this year. The figure reflects a sizable increase of almost 38% from the corresponding figure recorded during the same period last year, which amounted to 638,709 transactions.

The increase in customers uptake of digital channels is a clear indication of the success of RTA’s digitisation strategy and efforts to keep pace with the fourth industrial revolution. It also reflects RTA’s commitment to deliver services that save customers time and effort and also increase their happiness rating.

The remarkable response by the public to use RTA’s Chatbot, branded as Mahboub, via RTA website, RTA Dubai App and the WhatsApp eased the pressure on RTA’s Call Centre. About 102,177 chats were made during Q1 2020; which is more than double (101%) of the number recorded in Q1 2019.

Equally, the number of procedural transactions jumped by 192% compared to last year’s statistics; which is attributed to the increase in the number of interactive services (140 services) provided this year through Mahboub.

RTA always seeks to encourage clients to use smart channels as they have multiple benefits highlighted by reducing the number of visitors to customer happiness centres, cutting carbon emission associated with the use of private vehicles and supporting the Dubai’s Paperless Strategy.
Obviously, smart channels are very effective in the implementation of the UAE and Dubai’s preventive measures to tackle the spread of coronavirus in the UAE and the world over. It contributed to the success of the social and physical distancing and stay home policies.