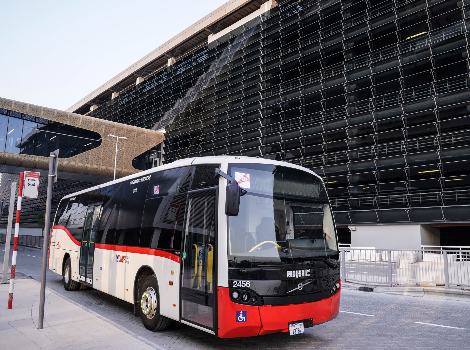 On 1 January 2021, RTA will launch two bus routes; both are metro link service for stations of Route 2020. The first is Route F45, which starts from Al Furjan Metro Station and heads to the Discovery Gardens at a 20-minute frequency during peak hours. The second is Route F56, which starts from the Dubai Internet City Station and heads to Al Khail Metro Station at a frequency of 15 minutes during peak hours.

Adel Shakeri, Director of Planning and Business Development at RTA’s Public Transport Agency confirmed that Bus Routes (F45) and (F56) will constitute an important addition in the integration with Route 2020 of the Dubai Metro, which makes mobility through public transport in the emirate the ideal choice for residents, visitors and tourists coming to Dubai from all over the world.

In the same context, the Public Transport Agency has introduced several changes on 27 December including revising the transit time of certain bus routes and the rescheduling of the service timing of several others.

RTA always responds to the views and suggestions of customers representing a wide spectrum of the community members in matters related to the broadening of the public transport network. The Agency conducts, from time to time, field surveys amongst public transport users to seek their views and comments, which can be delivered to the RTA website and smart apps.