(Rowdah Al Mehrizi: 25 University students were invited, and the winner will participate in Stockholm Hackathon) 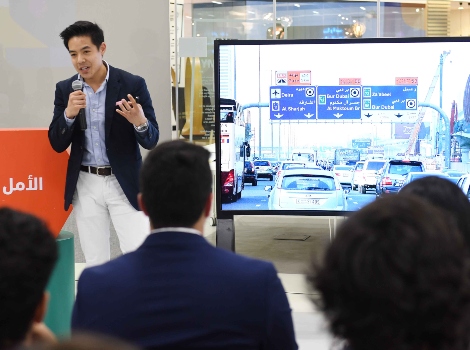 “The innovative ideas, suggestions and solutions come up with in the hackathon will be submitted to a select panel of competent CEOs of RTA to choose the best and most viable ideas for achieving the cherished objectives. The top three finishers will receive financial rewards, and the first winner will represent Dubai in the Y4PT Global Transport Hackathon in Stockholm, Sweden this June,” added Al Mehrizi.

“Youth are characterised by positive energy, passion and zest for creativity and innovation. They have a wealth of knowledge that can be applied to realise the dreams of the nation. RTA pays paramount attention to youth and seeks to empower them to make an effective contribution to the sustainable development drive. It, therefore, endeavours to apply their abilities and talents to identify the best practices of achieving RTA’s strategic objectives,” she concluded.

The inaugural hackathon was held in March 2017 in RTA’s Innovation Lab, Al Sufouh, where university students exchanged creative ideas about providing safe and advanced transit modes. The second hackathon was held in March 2018 at RTA HQ where 12 students from UAE universities were invited to come up with ideas on how to develop strategies that would contribute to the advancement of mass transport to make it the ideal choice in people mobility.