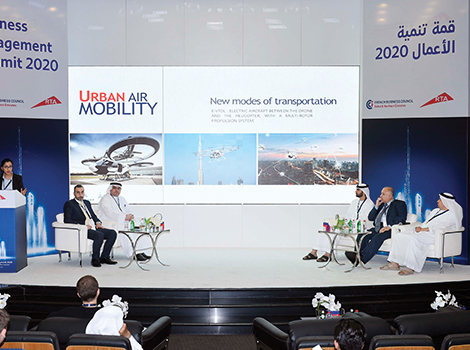 Dubai’s Roads and Transport Authority (RTA) has wrapped up the third edition of the Emirati-French Business Engagement Summit held under the theme: Future of Mobility and Innovation. The summit, which was held in RTA Head Office, attracted about 220 senior executives and leaders of public and private entities in Dubai and France. About 45 firms, startups, multinational companies and financial institutions took part in the summit together with representatives of several government entities.

“Through the Emirati-French Business Engagement Summit, RTA stressed the importance of maintaining the public-private cooperation. The summit opened new horizons for applying smart technologies and practices in support of the existing and future transit services. This course of action fits well with RTA’s strategy for transport systems and roads networks,” said Ibrahim Al-Haddad, Director of Commercial & Development at RTA's Strategy and Corporate Governance Sector.

Four vital topics were debated during the summit. The first was related to projects and initiatives about the first and last-mile challenge. It examined Dubai’s strategic objectives and Plan 2020. Discussions touched on the role of the private sector in promoting the first and last-mile strategy along with the challenges of integrating it with the mainstream public transport network.

The fourth topic highlighted the importance of digital transactions such as blockchain, and looked into RTA’s blockchain projects and roadmap. A session was held to discuss initiatives and ideas contributed by French private firms about blockchain and smart mobility. RTA’s representatives were engaged with the presentations made and asked for further clarifications of ideas put forward.

Overall, the summit was well received, especially from the French representatives who stated that ideas discussed this time around were unique and different. The interaction of French companies with RTA representatives was remarkable. The two parties exchanged knowledge about promoting the bilateral relations between RTA and the French Business Summit, knowledge transfer and best practices in the fields of transport and infrastructure.