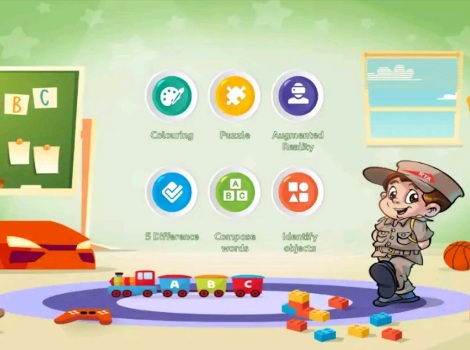 Dubai’s Roads and Transport Authority (RTA) has added an array of smart services to Salama App including a host of interactive programmes such as the Virtual Reality (VR) technology, and games bearing traffic awareness messages. The step is part of RTA’s efforts to provide an educative and oriented smart content for children aged 4-14 years.

Since the launch of Phase I of Salama App in mid-2018, the Smart Services Department at Corporate Technology Support Services Sector, and the Traffic Department at Traffic and Roads Agency joined hands to develop a totally new app. The novel app features cutting-edge technologies and designs with engaging content, cool smart games with embedded traffic awareness messages.

The app has a section dedicated to audio stories in English and Arabic together with a documentary film and a new e-bay enabling children to write and draw make-believe stories. Kids can also have their stories uploaded on to the app once edited and approved by RTA specialists. These features are the first of their kind in government apps.

The VR technology establishes a link between the smart app and traffic elements drawn in books or at streets. After running the app, and turning the camera of the mobile phone to the traffic sign, a cartoon character pops up to give traffic safety-related tips.

This innovative style aims to implant the culture of traffic awareness in an appealing style that generates an atmosphere of edutainment to the targeted audience. Children aged 4-14 years can be inspired and impressed by this style much more than traditional means can do.

The deliverables of the project include redesigned and added features to Salama magazine which are uploadable onto smart apps, tablets and laptops. They include digital Salama magazine; an attractive display of magazines in a book folder and an interactive programme for reading and surfing through magazines to create an enjoyable reading experience for children. “Stories” is another e-bay enabling children to write and draw fantasy stories which can be uploaded once revised and approved.

Contents also include Kids Games; a cocktail of child-oriented stories that include puzzles, colour with me comics, missing words, spotting the five differences, and audio cartoons; which converts a simple page of a magazine into an audio story with pictures, either in Arabic or English. This feature provides an oriented content for children of determination.

RTA has a clear strategy compatible with the directives of the leadership to rank Dubai amongst metropolitan cities that turns smart services from ambitions into a reality that adds to people’s welfare and quality living.