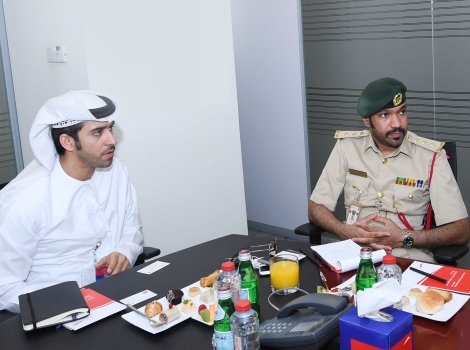 The Roads and Transport Authority (RTA) has received a delegation from the Department of Finance at the Dubai Police and shared with them its best practices and experiences in investment & partnership with the private sector. The move is part of RTA's strategy to exchange experiences and knowledge with governmental and semi-governmental bodies in relevant issues.

Ibrahim Al Haddad, Director of Commercial and Investment at RTA's Strategy & Corporate Governance Sector, said: "The delegation was briefed on the organizational structures of both the RTA, and its Commercial & Investment Department. The delegation was also briefed on the Sections of the Department and the tasks assigned to each of them along with the performance procedures and strategies adopted to realise RTA's objectives and goals."

"The Dubai Police delegation was also briefed on the partnership projects made with the private sector, and how this partnership has developed since 2009 along with the projects identified for cooperation with this sector. The visiting delegation was also apprised of the concept of partnership adopted by the RTA in the form of a long-term contractual relationship for utilising the potentials of the private sector in providing public services wholly or partially, in addition to the elements required for selecting the partnership project. The RTA also reflected on the contractual models to which the private sector partnership concept does not apply such as privatization projects, outsourcing services, and other issues of relevance," added Al Haddad.

“During the session the two parties engaged in rich discussions and queries which were of benefit to both sides, and the visiting delegation praised RTA’s experience in corporate investment and partnership with the private sector,” concluded Al Haddad