Phase I of Parallel Roads Project at the Godolphin vicinity Opened 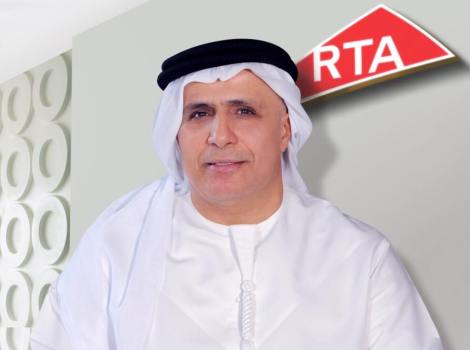 The first phase of the Parallel Roads Improvement Project at Godolphin vicinity, which comprises two phases costing  AED 1 billion has been opened on 8 November 2017. The project, which is part of the strategic plan of the Roads and Transport Authority (RTA) for easing the pressure on main roads, is one of the biggest currently being undertaken by the RTA. It spans 108 km starting from Sheikh Rashid Road in the north and ending at the outskirts of Abu Dhabi. It consists of bridges and surface junctions at the intersections of parallel roads with vertical roads extending 42 km.

The project includes improving the existing intersection of Al Meydan and Al Khail Roads. Flyovers have been constructed to ease overlapping traffic and peak hour congestion. It also includes the construction of a two-lane bridge to serve the traffic coming from Al Khail Road in the direction of Sharjah passing through Al Asayel Road up to the intersection of Oud Metha Road. It also includes the provision of direct entry/exit points for the Meydan Development Project in addition to the construction of four underpasses extending 1,150 metres of which 300 metres are covered and the rest are open. The project encompasses the development and diversion of the infrastructure in the area as well as lighting and directional signage works.

The two phases of the Parallel Roads Project aim to ease traffic density by 15% on the Sheikh Zayed Road between the 1st and 2nd Interchanges by providing additional entry/exit points to Business Bay and Burj Khalifa District. This will raise its capacity to 20 thousand vehicles per hour in both directions and enhance the capacity of Meydan Road. It will also shorten the journey time between Sheikh Zayed Road and Al Khail Road from 12 to 2.5 minutes, and ease the pressure on the Financial Centre Road. Phase 1 and 2 of the Project include the construction of bridges extending 5,665 metres and tunnels extending 2,445 meters.

In the second quarter of 2016, the RTA started construction works on Phase 2 of the Parallel Roads Project. It covered improvements to the western part of roads parallel to the area extending between Al Meydan Road and the Financial Centre Road across the Business Bay District comprising three to four lanes in each direction. It also covered provision of service roads in both directions in most parts of the project.

“The intersection of Sheikh Khalifa bin Zayed Road and Sheikh Rashid Road is part of a major project for upgrading the Al Shindagha roads network. The new project is situated at the crossing of Sheikh Rashid Road heading northward towards Al Shindagha, with Sheikh Khalifa bin Zayed Road heading towards the junction of Al Kuwait Road and Sheikh Khalifa bin Zayed Road. The project is undertaken as part of RTA’s master plan for upgrading the network of roads, bridges, crossings and tunnels to accommodate the growing traffic movement and improve mobility throughout Dubai,” said His Excellency Mattar Al Tayer, Director General and Chairman of the Board of Executive Directors of Roads and Transport Authority (RTA).

“The project comes as part of the implementation of RTA’s strategic plan for upgrading the infrastructure of the roads network and mass transit systems in Dubai. The plan aims to develop integrated solutions of roads as well as land and marine transport networks that are safe for users, compatible with the comprehensive development plans, address the needs of demographic expansion, and contribute to sustainable development and investment in the Emirate.