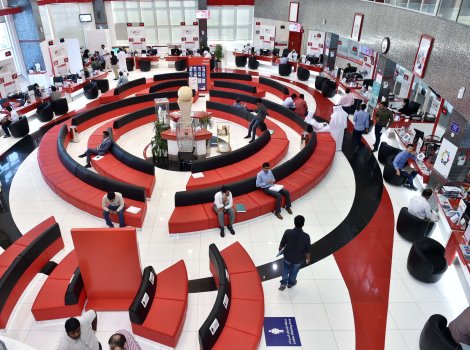 The Roads and Transport Authority (RTA) has launched a package of customer service improvements as part of endeavors to deliver services to the highest standards. The move is in line with RTA’s third strategic goal (People Happiness) and the government’s strategy prioritising Customers’ Centricity in the performance of public entities.

“Improving customers service is a top priority for the RTA towards realising its third strategic goal (People Happiness),” said Ahmed Mahboub, Executive Director of Customers Service, Corporate Administrative Support Services Sector. “The Department has endorsed manuals and procedures of the highest standards such as the Service Specifications Manual, Madinati Manual, Customers Council Manual, and the Customers’ Needs and Expectations Manual. The RTA holds brainstorming sessions with customers, communicates with them through various channels, and honors those contributing ideas and feedbacks to the RTA. Such efforts promote the governance and transparency of all services.

“As part of the improvements package, Phase II of the Queuing System was launched involving an online link between all Customers Happiness Centers and a central operation room at the RTA fitted with screens providing direct transmission of undergoing business processes. Such a feed enables first-hand assessment of performance indicators of these centers and the customer waiting time, all at the same time. The system is also implemented in vehicle testing centers and all other centers offering customer services,” noted Mahboub.

“Improving customers’ service procedures is based on the systematic approach of Dubai Model to ensure that the performance of RTA agencies & sectors in delivering services to customers lives up to the highest standards. Moreover, the RTA has a dedicated team to ensure the implementation of the Seven Star System in Customers Happiness Centers, where each RTA Agency has its own standards. A plan is in place to control the quality of services in the light of well-defined roles and responsibilities. An annual audit plan is also in place to cover the loopholes and identify areas for improvements. The Change Council has been introduced to assess the importance of changing or modifying a customer service to enhance the efficiency of that service.