Commissioner General for Infrastructure, Urban Planning and Well-Being Pillar - Director General, Chairman of the Board of Executive Directors of the Roads and Transport Authority – Dubai 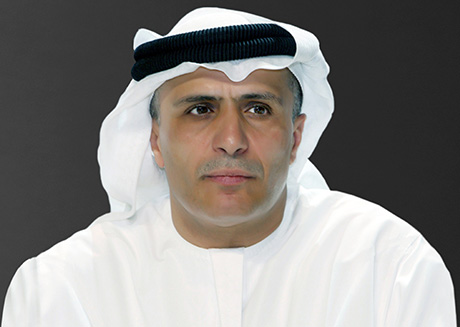 His Excellency Mattar Al Tayer is the Commissioner General for Infrastructure, Urban Planning and Well-Being Pillar and the Director General, Chairman of the Board of Executive Directors of the Roads and Transport Authority (RTA). He holds a Bachelor’s degree in Civil Engineering from the University of Wisconsin, USA, 1983 and was awarded an Honorary Fellowship by the British Institution of Civil Engineers (UK) in 2010.

His Excellency Mattar Al Tayer, has been the Director General, Chairman of the Board of Executive Directors of the Roads and Transport Authority (RTA) since its inception in 2005. Prior to taking up RTA’s leadership role, he worked as Deputy Director General of Dubai Municipality. Since taking over the management of RTA, he managed to plan and deliver projects worth more than AED140 billion topped by the Dubai Metro, Dubai Tram, and the Dubai Water Canal in addition to several crossings over Dubai Creek such as the Infinity Bridge, Business Bay Crossing, and Al Garhoud Bridge. The list also includes infrastructure improvement projects for roads and public transport networks, and 15 projects that serve Expo 2020 worth more than AED15 billion including Dubai Metro’s Route 2020.

In his capacity as Commissioner General for Infrastructure, Urban Planning and Well-Being Pillar, Al Tayer oversaw the development of the Dubai 2040 Urban Master Plan, and the Dubai Citizens Housing Policy. He oversees the implementation of projects under Hatta Master Development Plan, Dubai Landscape and rural development, in addition to the wellbeing initiatives and projects in the emirate.