(Al Tayer: The event showcases the global profile of Dubai in the field of smart mobility) 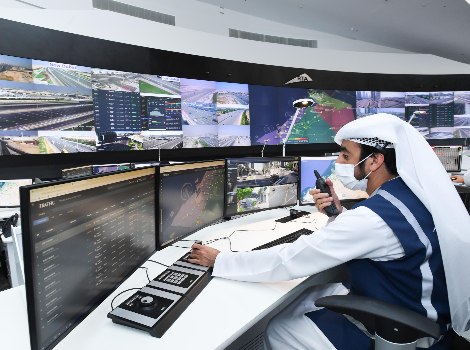 Dubai’s Roads and Transport Authority (RTA) will be the host of the World Congress of Intelligent Transportation Systems (ITS World Congress) 2024, which marks the first time this signature event is held in the region since launched in 1994. RTA was privileged by hosting the event following its nomination by ITS Europe, an organisation to which RTA has recently been affiliated. The Congress is supported by three prominent entities of the industry, namely ITS Europe, ITS America, and ITS Asia-Pacific.

His Excellency Mattar Mohammed Al Tayer, Director-General, Chairman of the Board of Executive Directors of RTA, expressed his deep delight with the hosting of the 30th edition of this global showpiece in Dubai, especially as it is held for the first time outside the regions of Europe, North America, Australia and East Asia. “Hosting the ITS World Congress 2024 in Dubai underscores the rising global standing of the Emirate in the field of ITS, the confidence of such reputed entities in the role of Dubai, and the ability of the city to stage successful global events. The Congress is widely regarded as the top global gathering of ITS and digital solutions of traffic, roads and transportation,” said Al Tayer.

“The hosting of the Congress comes in light of the massive steps made by Dubai in advancing ITS as witnessed by the portfolio of smart projects undertaken by RTA in anticipation of the future such as intelligent transport centres, and self-driving transport as well as the enablers of the 4th Industrial Revolution such as the IoT, AI applications, machine learning, big data, robotics, and mobility power solutions.

“RTA is keen to keep abreast of the Government’s future directions of transforming Dubai into a smart, innovative and sustainable city that uses cutting-edge telecommunication and digital technologies. In this regard, RTA is proceeding ahead with the Dubai Smart Self-Driving Transport Strategy aimed at converting 25% of total mobility journeys in Dubai to smart self-driving journeys by 2030. As such, advancing the smart mobility is based on three elements: customer’s centricity, integrated and connected transport and driving innovation and public-private partnerships,” commented Al Tayer.

“RTA is cooperating with leading technology firms worldwide in carrying out tests on various types of vehicles, autonomous mobility means, and future mobility means. It started the trial run of an autonomous electric 10-seater vehicle, and the first air taxi capable of carrying two persons. Then, it embarked on trials of connected automated mobility pods operative according to the need and size of demand. It also made a pilot operation of the first autonomous taxi in the region in addition to several other initiatives to boost the leading role of Dubai in self-driving transport. RTA held the first edition of Dubai World Congress and Challenge for Self-Driving Transport bringing together senior officials, researchers, experts, specialists, scholars, policymakers and developers of autonomous transport technologies.

“RTA has recently inaugurated the Dubai Intelligent Traffic Systems Centre, one of the biggest and most sophisticated traffic control centres worldwide in terms of modern technologies used. The facility, which is considered a key pillar in supporting the current and future transit means, serves the huge urbanisation of Dubai including the needs of serving Expo 2020. The centre will expand the intelligent traffic systems coverage of the city’s main roads from the current 11% to a staggering 60%. Furthermore, it will cut the time of monitoring incidents, predicting congestions, and making a quick response.

“The prestige of organising the World ITS Congress in Dubai is a further endorsement that we are moving on the right direction towards delivering on the ambitious vision of the Government to build the renaissance, wellbeing and the global image of Dubai. RTA is keen to make every endeavour to be a key and interactive contributor to the drive Towards the Next 50,” concluded Al Tayer.

It is noteworthy, RTA is currently coordinating with the ITS Europe in finalising the signing of the host agreement with the Dubai Tourism and the Dubai World Trade Centre.