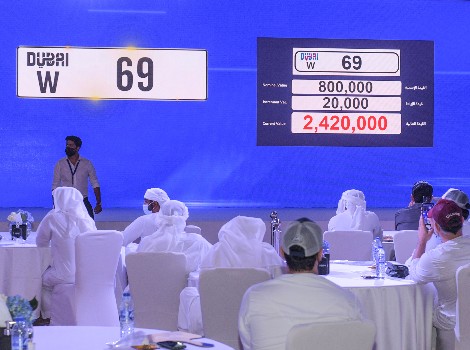 RTA offered 90 fancy plates for bidding in this auction comprising of two, three, four and five-digit plates of categories (AA-K-L-M-N-O-P-Q-R-T-U-V-W-X-Z).

Through offering distinctive licensing plates at open or online auctions, RTA is seeking to provide a neutral and transparent platform that avails fair opportunities to all bidders. Such plates are appealing to passionate clients as they symbolise important events in their lives.

These auctions are also of great importance to RTA as they serve the needs of a wide range of customers. RTA tends to hold auctions according to market needs with the objective of maximising customers’ satisfaction and improving the level of service. Such auctions are marked by wide participation and positive rivalry of passionate bidders.