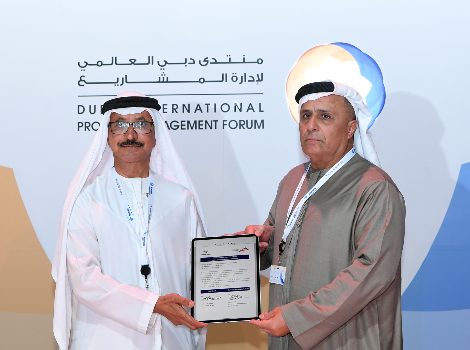 Dubai’s Roads and Transport Authority (RTA) has signed a Memorandum of Understanding (MoU) with DP World who will be a co-host of the 7th Dubai International Project Management Forum. The signing of the MoU builds on the excellent relationship between the two organisations and adds to the huge successes of the forum over the past years.

His Excellency Mattar Mohammed Al Tayer, Director-General, Chairman of the Board of Executive Directors of the Roads and Transport Authority, signed the MoU on behalf of RTA, and Mr. Sultan Ahmed bin Sulayem, Group Chairman and Chief Executive Officer of DP World, signed on behalf of DP World.

Al Tayer expressed his delight with the signing of an MoU with DP World for co-hosting the Forum held under the patronage of His Highness Sheikh Hamdan bin Mohammed bin Rashid Al Maktoum, Crown Prince of Dubai, Chairman of the Executive Council. “This partnership contributes to realising the objectives of the forum in spotlighting the development experience of Dubai under the wise leadership of His Highness Sheikh Mohammed bin Rashid Al Maktoum, Vice-President, Prime Minister of the UAE, Ruler of Dubai. Dubai ranks among the world's leading cities in the field of project management, and adopts the highest international standards in constructing iconic projects such as Burj Khalifa, Palm Jumeirah, Dubai Metro and Tram, giant ports, and unique urban projects.”

“Over the six previous editions, the forum has cemented its profile as a premiere global platform for presenting the best practices and coming up with creative solutions in the field of project management, thanks to the participation of visionary and creative global experts whose contribution had enriched the successful completion of major projects. More than 11,000 attendees were attracted by the event hailing from 45 countries, including 370 speakers. The previous rounds discussed several key topics related to the management of engineering and construction projects, future leadership, sustainable digital economy, artificial intelligence, and agile project management. It also discussed an array of projects in a host of technical, sports, energy and sustainability fields, future foresight, innovation and others.

“From Jebel Ali Port to Jebel Ali Free Zone, DP World has pioneered transformative projects in Dubai which have been replicated across the globe. We’re pleased to be a co-organiser of the Forum for the seventh year, continuing to share our learnings and standards to advance this industry further.”