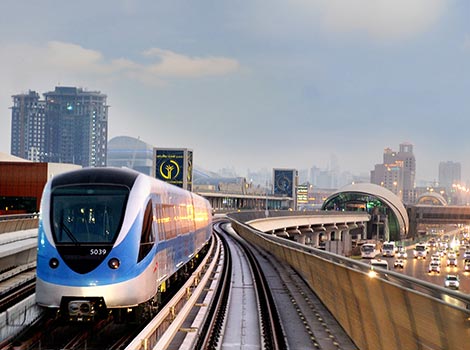 Platforms of the Dubai Metro stations will now bear numbers rather than end destination names under a campaign initiated by the Roads and Transport Authority (RTA) to change the addressing systems of these platforms. Moreover, RTA is continuing with the updating of Wayfinding Signages and Audio announcements of the metro stations under a plan started in November 2020 and continues up to mid of February 2021.

“Changing the addressing system of the metro platforms involves designating them with numbers instead of end destination station name. The move is intended to keep pace with the latest international practices of the industry,” said Hasan Al Mutawa, Director of Rail Operations, Rail Agency, RTA.

“The updating wayfinding signages and audio announcement of the metro (Red and Green Lines) is progressing according to the plan developed following recent changes in the names of five metro stations. It is imperative to provide accurate information about the stations and their platforms to ease the mobility of riders,” he noted.

RTA is working on a plan to rename the signage of the five metro stations during the period from 25 November 2020 up to the first week of February 2021. The campaign covers outdoor directional signs, smart and electronic public transport systems, and the audio ads onboard the metro carriages. Metro riders are requested to note changes in station names in the said media.