Board Member of the Board of Directors 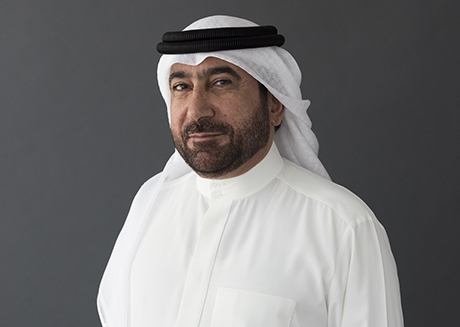 Al Mulla has a wealth of experience spanning more than 35 years in various fields of organization and executive management of the public transport industry. He has advanced leadership and administrative skills that merited him to hold a variety of administrative and leadership posts in various Dubai Government departments, including:
1.    Director of the Administrative Affairs at the Dubai Municipality (1985 - 1988), where he developed effective work systems and oversaw the establishment of public libraries, markets, etc. He shadowed the United Nations expert for administrative development where he attended to reviewing and improving administrative and organizational work systems. He reviewed and proposed a system of billboards and commercial advertisements, compiled a study and developed procedures for recreational and social services at all Dubai hotels.
2.    Director of Licensing and Commercial Registration, Dubai Municipality (1988 - 1992). He developed principles and controls to keep pace with Dubai's economic growth. It set the base for business processes in Dubai, which paved the way for establishing the Department of Economic Development. Worked on a manual for classifying commercial activities, and was an active member of the Dubai Shopping Festival where he proposed regulations and procedures related to commercial activities.
3.    Director of Human Resources at Dubai Municipality (1992 - 1994), where he participated in preparing the human resources law issued in the early 1990s. He headed the Emiratisation Committee, which succeeded in the Emiratisation of 90% of leadership jobs at the Municipality.
4.    Director of Public Parks and Agriculture at the Dubai Municipality (1994 - 1999), where he compiled a strategic study for making savings and increasing the agricultural productivity in Dubai, which resulted in a four-fold increase in the green area, and a marked increase in the agricultural productivity from 800,000 seedlings to 11 million seedlings a year. He developed entertainment programmes with the support of international events.
5.    Director-General of the Dubai Transport Corporation (1999 - 2006), where he developed work standards and procedures. He developed local regulations that paved the way for setting the base of taxi systems. He introduced the commission system in Dubai and set specifications for taxis in coordination with Japanese companies. He implemented several initiatives that led to an increase in the organization's savings, cutting expenditures, and transforming the entity into a profitable organisation.
6.    CEO of Public Transport Agency at the Roads and Transport Authority (2006 - 2007), where he identified Dubai needs of public transport and improvements. He identified the needs of bus stations, set standards for the introduction of high-specification buses and undertook the air-conditioned bus shelters. He proposed improvements to the bus network including the opening of new bus routes.
7.    CEO of Marine Transport Agency at the Roads and Transport Authority (2007 - 2012), where he developed a master plan for the maritime transport in Dubai. He oversaw the construction of marine transport stations, developed operations and safety plans, and initiated and deployed the water taxi, ferries and water buses.

Moreover, Al Mulla chaired the team of hosting the UITP MENA Transport Conference and Exhibition, which selected Dubai for the first time as a venue for its 59th session in 2011. The event was all success albeit challenges around at that time such as the Arab Spring, and the financial and political crisis in the region. RTA also hosted MENA Conference and Exhibition in 2014, 2016 and 2018. Work is underway to host the event in March 2021.