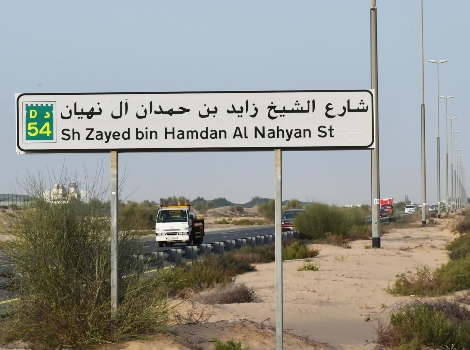 Roads and Transport Authority (RTA) and Dubai Police General HQ have decided to increase the speed limit on  Sheikh Zayed bin Hamdan Al Nahyan Street in the sector between Dubai-Al Ain Road and Al Yalayes Road from 90 to 100 km/hour as of March 17, 2019.

“The decision to raise the speed limit on this sector of Sheikh Zayed bin Hamdan Al Nahyan Street has been taken after elaborate studies conforming to the Speed Management Manual in Dubai. The manual contains procedures, stipulations and flexible engineering standards governing the setting and assessing of speeds on various roads of the Emirate to ensure they are in line with the latest international practices. It charts out the correlation between the optimal speed rates and the traffic flow while taking into consideration the basic engineering factors relating to the lack of compliance with the set speed limits, and provides for using the best traffic enforcement means,” said Eng. Maitha bin Adai, CEO of RTA’s Traffic and Roads Agency.

“The current speed limits are being revised as part of traffic safety studies continuously commissioned by Traffic and Roads Agency on vital roads across the Emirate of Dubai. Lowering or increasing speed limits depends on the road condition and the surrounding environment, in coordination with the strategic partners. The speed limit is also judged by a host of engineering factors such as the designed speed of the road, actual speed observed by most motorists (The 85th Percentile Speed), urbanisation rate on both roadsides, pedestrian movement, and the availability of vital facilities. Consideration is also given to the number of accidents in the area, and the traffic volumes of the road,” added Maitha.

“The existing speed limit signs will be changed to reflect the new speed limits of 100 km. Changes will also include directional and cautionary signs governing the traffic relationship between road users as per the approved standards in line with RTA’s vision of Safe and Smooth Transport for All,” she further added.

Major General Mohammed Saif Al Zafeen, Assistant Commander-in-Chief for Operations, Dubai Police, said, “Measures will be taken to adjust the speed cameras and set them at 120 km/h for the safety of road users. RTA and Dubai Police are engaged in continuous consultation and coordination including examining the current speed limits on some roads that need to be adjusted, and taking appropriate decisions in line with the vision of Dubai Government aimed at enhancing the traffic safety on Dubai roads.”