(Maitha: We have succeeded in reducing road fatalities to 2.3 cases per 100,000 of population) 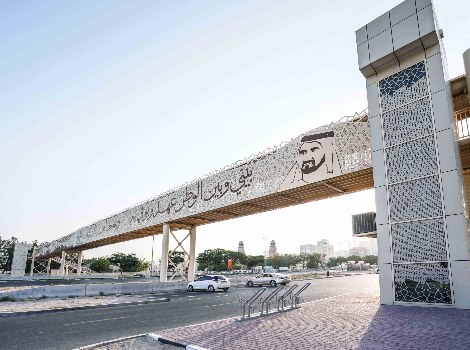 Dubai’s Roads and Transport Authority (RTA) has won the Prince Michael International Road Safety Award 2020 in recognition of its outstanding achievements through its Traffic Safety Strategy Scheme. In the process, RTA has become the first government entity outside the UK to win this prestigious award for the third time running, having won it earlier in 2013 and 2016.

Eng. Maitha bin Adai, CEO of Traffic and Roads Agency, was delighted for RTA’s winning this accolade. “RTA emerged as a worthy winner of the Award and recognised as one of the best government entities worldwide in planning and constructing roads at the highest international standards and specifications in terms of quality and traffic safety. Since its inception, RTA has been very keen to make significant improvements in traffic safety levels. It succeeded in reducing road fatalities to as low as 2.3 cases per 100,000 of population, which is an outstanding achievement across the globe,” explained Bin Adai.

“RTA managed to make such achievements through increasing the total length of roads in Dubai by 107% from 8,715 lane-kilometres in 2006 to 18,000 lane-kilometre in 2019. Similarly, the length of cycling tracks jumped from just 10 km in 2006 to 425 km in 2019. Moreover, Dubai’ roads network is subjected to regular and systematic inspection to ensure the sustainability of these standards. All of these elements contributed to promoting Dubai to the First Position in the world in road quality over recent years, according to the Global Competitiveness Report issued by the World Economic Forum in Davos.

“RTA made substantial achievements in providing the infrastructure and safety means for road users, especially pedestrians and cyclists. Accordingly, the number of bridges and subways for pedestrian and cyclists rocketed from 13 in 2006 to 119 in 2019. RTA charted out a traffic safety plan for school zones involving several engineering measures such as the installation of 849 signs, 160 speed-calming devices and 36 crossings.

“Winning this award will also promote the culture of excellence and motivate RTA to make further achievements, especially in fields related to the wellbeing and safety of community members. RTA spares no effort in developing creative plans and initiatives to place Dubai at the forefront of cosmopolitan cities in the field of traffic safety,” elaborated Bin Adai.

“The congratulatory letter RTA received from Prince Michael, Patron of the International Road Safety Award, regretting inability to hold awards distribution ceremony due to the outbreak of Covid-19, explained the circumstances associated with the granting of the award to RTA. The letter cited RTA’s commitment to a successful and innovative traffic safety strategy. It also highlighted the measures undertaken by RTA, which are compatible with the UN Traffic Safety Agenda and at the same time fulfil the seven key standards of the Award,” she added.

Prince Michael International Road Safety Awards are distributed annually to the best traffic projects and concepts related to the improvement of road traffic safety levels worldwide. RTA won the award in the category of Road Safety Management based on seven specific criteria set by an official judges panel.

These criteria set for the project’s assessment include quality and inclusiveness, initiative and achievements, benefits, continuous assessment during and after the project, long-term commitment, scalability, and financial & technical sustainability.

The judges' panel has broad and versatile experience in technical, traffic and strategic aspects. It applies a matrix of specific criteria to identify projects with a high degree of professionalism and sound planning.

It is worth noting that the Prince Michael International Road Safety Awards were introduced in 1987. The awards are celebrated each year in a different country where winners are celebrated and their contributions to the improvement of road safety are recognised.