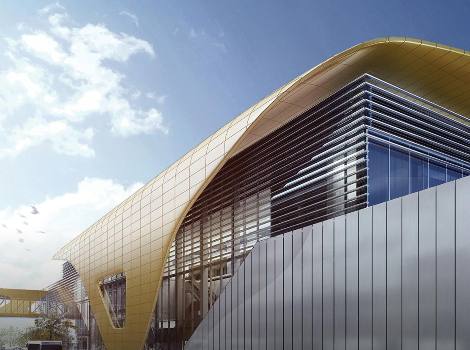 Dubai’s Roads and Transport Authority (RTA) and the Department of Planning and Development - Trakhees at the Ports, Customs and Free Zone Corporation, expressed their intents to step up cooperation in several fields of common concern.

Of late, the two parties signed a Memorandum of Understanding (MoU) to streamline the process of issuing permits of lands impacted by the Rail Protection Zone of Route 2020. Abdul Mohsen Ibrahim Younes, CEO of Rail Agency, signed on behalf of RTA, and Eng. Abdulla Belhoul, CEO of the Department of Planning and Development – Trakhees at the Ports, Customs and Free Zone Corporation, signed on behalf of Trakhees.

Younes expressed his delight with the signing of the MoU as it set the base for forging a strategic partnership between the two parties. He pointed out to the vital importance of the MoU in streamlining the process of issuing permits of lands impacted by the Rail Protection Zone of Route 2020.

“We are keen on cooperating with government and semi-government entities as well as private firms in the UAE in carrying out different projects and expanding the public transport network in Dubai along with the associated infrastructure. Such efforts are in line with the call of our leaders to rank Dubai the happiest city in the world and bring happiness to the residents and visitors of the Emirate,” said Younes.

Eng. Belhoul was excited about the signing of the MoU with RTA as it would facilitate the transactions of the public transport network and infrastructure in Dubai including the Special Development Zones. “Within its scope, Trakhees will issue permits of lands within areas impacted by the Rail Protection Zone of Route 2020. It stands ready to cooperate with all government, semi-government and private entities in constructing infrastructure projects in Dubai as well as Special Development Zones to improve on services and fulfil the aspirations of our leaders,” he said.

“The MoU promotes our partnership through better coordination and exchange of information and knowledge. It sets the procedures for the issuance of permits of construction works in respect of lands within the rail protection zones, impacted areas or planned railways. The MoU charts out the partnership framework aimed to serve mutual benefits, support the vision of the two parties, and enhance the happiness of clients. It will also support the joint efforts to upgrade processes, simplify procedures and improve customer service in the interest of the community. The MoU also specifies the means of communication between both parties,” concluded Belhoul.