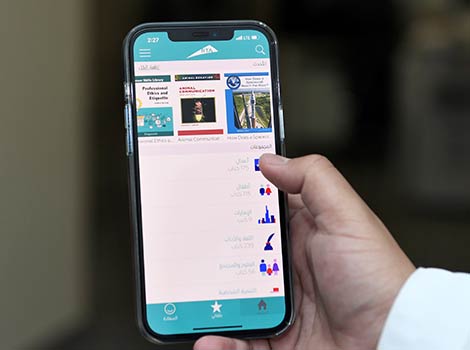 Dubai’s Roads and Transport Authority (RTA) is celebrating the ‘Reading Month’ this year with a variety of programmes and initiatives befitting this national event aimed at encouraging various community members to read and develop the reading habit. RTA is celebrating this year’s event by launching a new edition of the ‘Read with RTA’ app and holding a host of initiatives and virtual events throughout March.

Commenting on the above, Rowdah Al Mehrizi, Director of Marketing and Corporate Communication, Corporate Administrative Support Services Sector, RTA, said, “The UAE celebrates March each year in line with the Cabinet’s Resolution that designated March as the Month of Reading across the nation. The aim is to enhance the link with the culture of learning and promote initiatives that encourage reading.

“Considering the importance of this national event and RTA’s keenness to achieve its strategic goals that promote the social responsibility, six virtual initiatives are being launched and promoted via social media from March 1st to March 31st,” she noted.

“RTA has launched a new version of ‘Read with RTA’ app, which comes with 200 new Arabic/English e-books, 200 videos & audio-books, and 200 articles. The app enables users to review RTA’s publications, such as Al Masar and Salama Magazines. An electronic link has been added to enable users to browse newspapers and magazines,” commented Al Mehrizi.

“Additionally, RTA is holding the ‘Reading Adviser’ initiative for the eighth year in a row, this time virtually. Candidate employees from RTA’s sectors will discuss a variety of selected books aimed to transfer knowledge to employees, which underscores RTA’s keenness to preserve talents and promote excellence and knowledge management.

“Moreover, RTA will hold the ‘Read to Me’ initiative, a special initiative for employees and their families that includes stories for kids aimed to promote the value of reading in families. A virtual contest targeting social media enthusiasts is being launched under the title: ‘Write a Story and Win’, where followers are invited to write a short story inspired by expressive drawings. The best 10 stories will be selected in coordination with the Emirates Literature Foundation, and winners will be awarded by the end of March with AED500 nol cards,” added Al Mehrizi.

RTA will distribute internal publications highlighting the importance of reading and its benefits to motivate employees to devote part of their time to reading and learning. To this end, RTA Employees Digital Library was launched last February in collaboration with the Mohammed bin Rashid Al Maktoum Knowledge Foundation. The library, which is the first of its kind worldwide that includes digital content in the field of infrastructure and transportation, includes various contents on engineering, space and economics, and currently have more than 150 thousand titles.