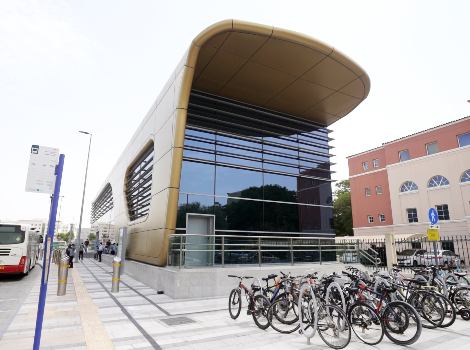 Dubai’s Roads and Transport Authority (RTA) has launched an inspection campaign around 27 metro stations. The campaign, which was coordinated with Dubai Municipality, aimed at monitoring abandoned bicycles around the metro stations. The overall objective was to maintain the scenic view of the metro stations which were designed to integrate with the tourist and urban fabric of the emirate. Each station is meant to have its peculiar look and pattern that resonates the local heritage and aesthetic appeal.

Commenting on the results of the campaign, Nazim Faisal, Director of Rail Right-Of-Way, Rail Agency, RTA, said, “In line with RTA’s commitment to support soft mobility across Dubai and protect the general outlook of the city, this campaign was launched to inspect the surroundings of 27 metro stations and monitor violating bikes abandoned in the vicinity.

“The campaign, which was conducted in coordination with Dubai Municipality, removed all abandoned bikes and attended to the feedback of the public on the matter through the concerned communication channels. The campaign will continue according to plan as RTA is keen to educate the public to avoid leaving bikes at the racks designated for the metro and tram riders for more than 24 hours.”

It is noteworthy that RTA has provided a variety of utility services to the public at the facilities of the Dubai Metro such as Wi-Fi service, an Emergency Call Box in addition to three thousand surveillance cameras for trains and stations, and a wireless communication system.