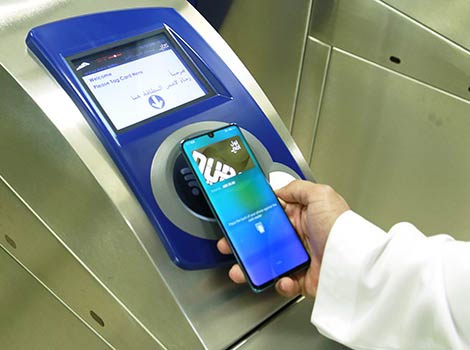 His Excellency Mattar Mohammed Al Tayer, Director-General, Chairman of the Board of Executive Directors of Dubai’s Roads and Transport Authority (RTA), revealed that the total revenues of RTA collected via digital channels (e-payment portal and smart kiosks) amounted to AED2.655 billion in 2020. The number of digital transactions reached 527.146 million, the number of registered users on digital platforms hit 2.162 million, and the number of smart apps downloads clocked 6.136 million in the same year. Al Tayer also stated that the rate of digitisation of RTA’s transactions exceeded 91%, and customers happiness rating index recorded 96.2%. He also added that RTA’s digitisation drive contributed to reducing the number of transactions processed at customers happiness centres by 64.5% in 2020 compared to 2019.

“Achieving these indicators is a result of RTA’s implementation of the directives of His Highness Sheikh Mohammed bin Rashid Al Maktoum, Vice-President, Prime Minister of the UAE, Ruler of Dubai, and the instructions of His Highness Sheikh Hamdan bin Mohammed bin Rashid Al Maktoum, Crown Prince of Dubai and Chairman of the Executive Council, to transform Dubai into the smartest city in the world that offers services via smart channels 24/7,” commented Al Tayer.

“RTA was among the first government entities that had transformed all transactions of customers into smart services featured by innovative designs and accessibility. Accordingly, RTA was in a position to ensure the continuity of business and deliver customer services at high class standards during Covid-19 lockdown,” he noted.

“RTA is currently updating and following-up the implementation of 111 projects as part of its digital strategy 2020-2024. It intends to launch a roadmap of future technologies in the last quarter of this year, and undertake a roadmap of the 5th generation technologies in the second quarter of next year. The magnitude of RTA’s big data by the end of 2020 amounted to 127 terabytes, which is equivalent to archiving 64 billion papers. The number of smart screens installed by RTA amounted to 970 screens,” elaborated Al Tayer.

“Dubai is firmly committed to implementing the vision of His Highness Sheikh Mohammed bin Rashid Al Maktoum to transform Dubai into a smart city that uses new technologies to deliver quality services to make people happier and rank Dubai the best city in roads and transport smart systems across the globe. Realising this vision requires improving and encouraging the use of mass transit systems, and broadening the scope of smart technologies to enhance the efficiency of traffic and public transport systems. Under such a drive, electronic and smart services form the backbone of delivering customer services,” concluded Al Tayer.