(72% of licensing transactions were processed via digital platforms) 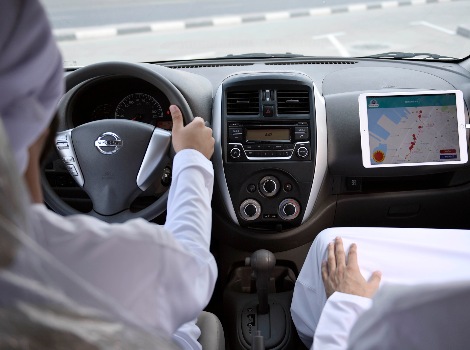 Dubai’s Roads and Transport Authority (RTA) has processed 2.1 million transactions relating to drivers licensing in 2020. About 72% (i.e. more than 1.5 million) of those transactions were processed via smart channels.

“The digitisation of licensing processes at the Licensing Agency contributed effectively to easing the flow of transactions and saving the time and effort of clients. In 2020, RTA processed 105,653 applications for driver licenses and issued 86,998 driving licenses. Driver license renewal transactions clocked 205,203, and driving tests reached 551,147. Additionally, the number of theoretical and practical training hours conducted by the Agency amounted to 2.7 million hours,” said Abdulla Yousef Al Ali, CEO of Licensing Agency, RTA.

“During the national disinfection programme, several measures were taken to make things easy for clients. For example, RTA extended the validity of 55,900 drivers’ licenses at no cost to clients. We issued 700 e-drivers’ licenses whose holders passed the test but were unable to obtain the driver license.

We also rescheduled 66,645 appointments for driving tests without extra charges. These measures and others made the RTA a model agile entity capable of sustaining the business flow during crises. They also contribute to realising a host of RTA’s strategic goals such as Smart Dubai, People Happiness and Advance RTA,” concluded Al Ali.