(Shakeri: These efforts contribute to the government’s drive to transform Dubai into the smartest and happiest city worldwide) 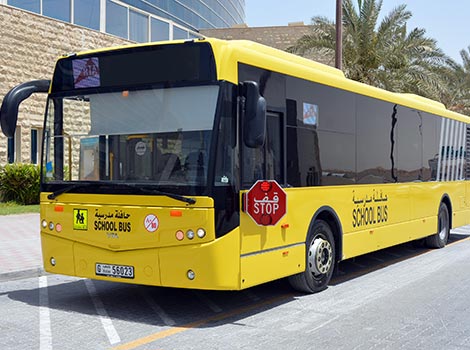 Dubai’s Roads and Transport Authority (RTA) announced that the automation of procedures for obtaining NOCs in respect of bus transport operation permits for private schools issued by the Knowledge and Human Resources Development Authority (KHDA) had reached 98%. The step is part of RTA’s ongoing efforts to realise its third strategic goal (People Happiness), be it individuals or entities.

“The automation of procedures of obtaining NOCs related to permits for school buses started in 2018 through filing applications via RTA’s website without visiting RTA’s premises, which eliminated the need for paper transactions,” said Adel Mohammed Shakeri, Director of Planning and Business Development, Public Transport Agency, RTA.

“Before being automated, the service was paper-based. Following the automation, the requirements to be uploaded includes the commercial license, the maintenance contract in addition to the bus route and student details,” he explained.

The application for NOCs will be open after opening an account for each school on RTA’s website. The School Transport Icon only will appear, if the type of activity in the registered account is School and no other activity.

The processing of these services will be via the online and smart channels. RTA’s digital transformation drive for processing these types of services corresponds to the government policy to cut the number of visitors by 80% to increase customer satisfaction and happiness with this time-saving exercise. These efforts contribute to the Government’s drive to make Dubai the smartest and happiest city in the world and RTA’s two strategic goals: Smart Dubai and People Happiness.

“This initiative matches the Paperless Government policy as well as the UAE 4th Industrial Revolution Strategy 2017 aimed to raise the profile of the UAE as a global hub for the 4th Industrial Revolution. It will also contribute to the achievement of a competitive national digital economy driven by knowledge, innovation and future apps capable of integrating the physical, digital and bio technologies,” concluded the Director of Planning and Business Development, Public Transport Agency, RTA.