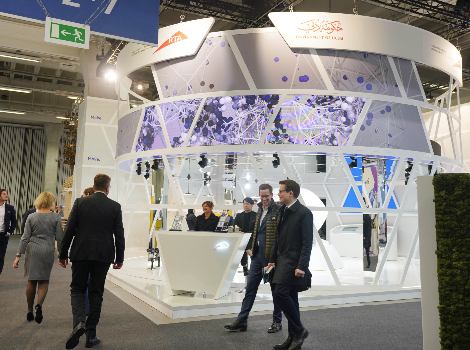 A delegation from Dubai’s Roads and Transport Authority (RTA) is taking part in the International Trade Convention and Fair for Transport Technology (InnoTrans 2022) in Berlin, Germany (20-23 September 2022). RTA’s participation in the event aims to showcase a host of projects and initiatives to attract foreign direct investments.

RTA stand showcases the key projects and initiatives in the field of public transport highlighted by the award-winning online platform for the engineering information of the Dubai Metro. Exhibits include designing and engineering RTA’s rail assets, and initiatives relating to the future of mobility. RTA is using the event to promote Dubai International Project Management Forum and invite companies to take part in it,” stated Bahrozyan.

RTA also exhibits the gold category certificates for the seven metro stations for Route 2020 awarded by the US Green Building Council under the Leadership in Energy and Environmental Design programme known as: (LEED).

RTA is also exhibiting the master rail plan to attract investors and international firms taking part in the exhibition. It will also showcase future rail projects such as the Dubai Sky Pods project which represents the next generation of suspended rail transport. Exhibits also include the innovative rail infrastructure maintenance management system established to manage the maintenance of rail infrastructure assets. The system was named the winner of the UK’s best business award.

“InnoTrans is an important global event that brings together a variety of government, semi-government and private entities specialised in the field of transport from all over the world under one roof,” said Bahrozyan.

“This event is a great opportunity to exchange experiences, information, and knowledge and keep abreast of the latest technologies of transportation such as innovation, artificial intelligence, data science and analysis, and the Internet of Things among others. It also illustrates the benefits of such cutting-edge technologies in providing services to a broad spectrum of mass transit riders,” concluded Bahrozyan.