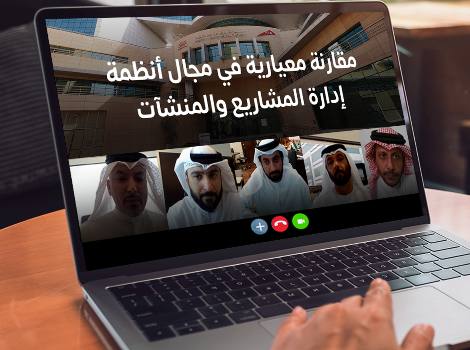 Dubai’s Roads and Transport Authority (RTA) has briefed officials from the Dubai Municipality on the practices and processes of the Building and Facilities Department as well as the central and specialist indicators adopted by the Department in project planning, designing and implementing. The briefing is part of RTA’s strategy of sharing knowledge and expertise and carrying out benchmarks with strategic partners and stakeholders.

“The meeting with the delegation of Dubai Municipality was held in the context of our endeavours to share experiences with our strategic partners to develop the best practices and modern techniques of managing infrastructure projects. It also fits with the policy of boosting cooperation between public entities in the interest of serving the Dubai Government objectives,” said Al Janahi.

“At the start of the gathering, Dubai Municipality officials reviewed the organisational structure of the Corporate Administrative Support Services Sector. They also reviewed the structures of the Building and Facilities Department as well as the roles and responsibilities of each section. They also took note of the achievements, awards and certificates that the Department had facilitated the way for the RTA to obtain, such as LEED (Leadership in Energy and Environmental Design) Certificate – Gold Category for the Enterprise Command and Control Centre, ISO 41001:2018 certificate in Facility Management, which was the first time such a certificate was awarded to an entity in the region, and Etihad Museum winning the 'Best New Museum in the MENA region to name a few.

“The meeting also touched on RTA’s methodology of linking the initiatives and projects of the Building and Facilities Department with RTA’s strategic goals and objectives. It also shed light on the performance indicators of the Department in the fields of project planning and designing as well as corporate knowledge. Discussions also included nonconformity cases along with the corrective actions taken in this regard,” added Al Janahi.

“These meetings offer a chance to review the processes and methodologies of the General Projects Department and how to measure their indicators and link them with the local and global benchmarks for the benefit of all. We have reviewed the organisation chart of the General Projects Department along with its processes in planning, designing, implementing and closing projects through an electronic system based on the best practices of the industry,” said Omar Al Bishr, Director of General Projects, Dubai Municipality.

“The system enables the tracking of work progress in all project phases and provides a platform for all users. We also discussed the delegation of authorities to contractors and consultants such that they can submit transactions through electronically reviewed and approved flow paths. The system provides a database for all projects managed by the Department and catalogues all project-related documents. We also focused on linking the system with the relevant electronic systems to expedite the processes and fully automate the project management business, which will contribute to supporting Dubai’s paperless initiative as well,” he concluded.