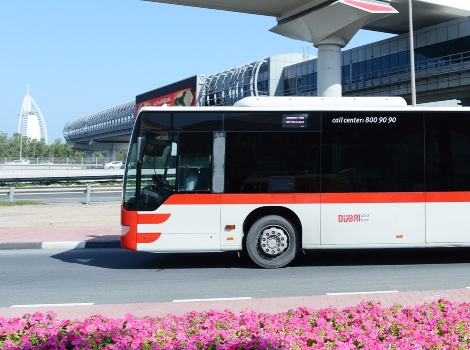 RTA’s Public Transport Agency is launching 9 new bus routes and improving others as of April 7, 2019. The step aims to support Dubai bus network in line with RTA’s efforts to bring happiness to public transport riders and meet the growing demand for bus service. It also improves the integration with the metro service as well as the link with Al Ain city.

Commenting on the new routes, Adel Shakri, Director of Planning and Business Development, Public Transport Agency, said, “The first of the 9 new bus routes is Route 20 from Al Warsan 3 to Al Nahda via Airport Terminal 2, connecting Rashidiya Metro Bus Station and International City with a frequency of 30 minutes during peak hours.”

From April 7, RTA will introduce some changes to bus routes as follows: Route F30 will be curtailed at Studio City with no service to Arabian Ranches, thus enabling a faster service from Dubai Studio City. The existing passengers from Arabian Ranches will be covered by the new Route J02, enabling transfer at Dubai Studio City. Route F04 will be converted into a circular service, enabling transfers at Al Khaleej Road opposite to Gold Souq Bus Station.  Route 50 will be curtailed at the Business Bay, thus enabling a faster service.

“RTA always adheres to the views and suggestions of the community which help enhance the public transport network. Field and electronic surveys are made enabling public transport commuters to express their views and propose their suggestions,” concluded the Director of Planning and Business Development, Public Transport Agency, RTA.