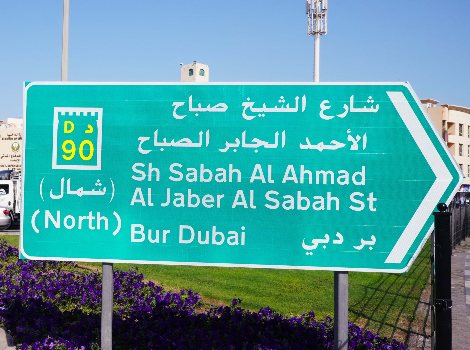 His Highness Sheikh Mohammed bin Rashid Al Maktoum, Vice President and Prime Minister of the UAE and Ruler of Dubai, has ordered that Al Mankhool Street be renamed in honour of the late Emir of Kuwait Sheikh Sabah Al-Ahmad Al-Jaber Al-Sabah.

The street was renamed in recognition of Sheikh Sabah’s humanitarian contributions and efforts to promote progress and solidarity in the Gulf Cooperation Council (GCC) region and among Arab and Islamic nations. The announcement was made on the occasion of Kuwait’s 60th National Day on 25 February.

“The Sheikh Sabah Al-Ahmad Al-Jaber Al-Sabah Street is one of the main streets in Bur Dubai. It stretches four kilometres from Al Seef Street to the 2nd December Street, which extends from the World Trade Centre Roundabout and passes through the Satwa Roundabout all the way to the Etihad Junction that leads to the Etihad Museum,” said His Excellency Mattar Mohammed Al Tayer, Director-General, Chairman of the Board of Executive Directors of the Roads and Transport Authority (RTA).