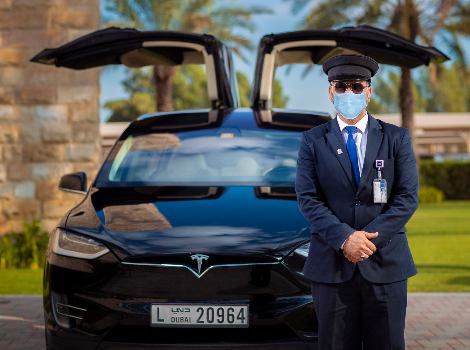 Dubai’s Roads and Transport Authority (RTA) has launched digital permits for passenger transport drivers (bus and taxi drivers and limousine chauffeurs) as well as school transport attendants of companies and entities operating in this field. The permits are accessible via RTA’s website and RTA Dubai Drive app. The move is part of RTA’s transformation of services to digital platforms. It is also in line with the Smart City initiative and RTA’s 3rd strategic goal (People Happiness).

“The aim of the new digital permits for practicing professional passenger transport drivers (bus and taxi drivers and limousine chauffeurs) as well as school transport attendants is to bring happiness to customers through offering services that save their time and effort. It enables them to have such permits issued via smart channels and obtain digital cards via RTA’s app (RTA-DUBAI DRIVE) on smartphones,” said Saeed Al Ramsi, Director of Drivers Affairs, Public Transport Agency, RTA.

The process of the smart transformation of professional permits has been rolled out by sending letters and holding workshops for stakeholders in the fields of taxis, limo, and school transport to introduce them to the digital card through smartphones via the Dubai Drive app. A manual has been issued for using the RTA-DUBAI DRIVE app on smartphones and displaying the virtual card.

“RTA is keen to keep pace with the government's directions, especially with regards to providing convenient services that add to customers' happiness, a top priority of RTA’s strategies and service products,” concluded Al Ramsi.