Launching 5 new bus routes, cancels one and improves others as of June 2021 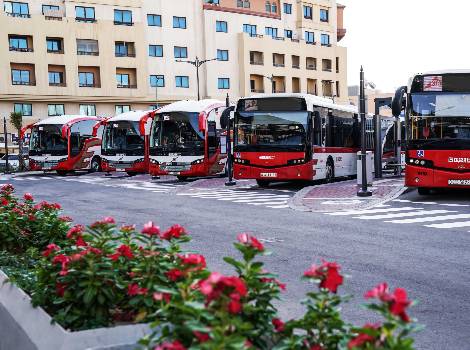 Dubai’s Roads and Transport Authority (RTA) will launch 5 new bus routes in Dubai as of June 1st, 2021. The step aims to enhance the internal bus network and integration with other mass transit services in the Emirate. On the same date, RTA will also improve 6 other bus routes and cancel one route. The path of the new five routes will be as follows:

Route 14 will start from Oud Metha Bus Station and head to Al Safa Bus Stop at a frequency of 20 minutes during peak times.

Route 23 will start from Oud Metha Bus Station and head to Al Nahda 1 at a frequency of 30 minutes.

Route 26 will start from Oud Metha Bus Station and head to the Business Bay Bus Station 2 at a frequency of 20 minutes during peak time only on weekdays except for Friday.

The last two routes will serve the central business districts of both Deira and Bur Dubai. They had been plotted to serve the rising demand as well as the urban and demographic growth in the two neighbourhoods.

Apart from that, on June, 1st 2021, RTA will introduce improvements and extensions to several other bus routes. Route 20 will be extended to serve the Head Office of Fly Dubai at Warsan. Route F09 will be converted into a circular route and will not serve Al Wasl Park. Routes F14, F19A and F19B will be extended to serve the new Business Bay 2 Bus Station. Route X23 will serve the Oud Metha Station during off-peak time, which will improve the travel time during peak times.

RTA renews its commitment to expanding the coverage of the public bus network and improving its integration with other mass transit means, such as the metro, tram and marine transport. Improving the link between mass transit modes will render them the ideal choice for mobility across the Emirate.