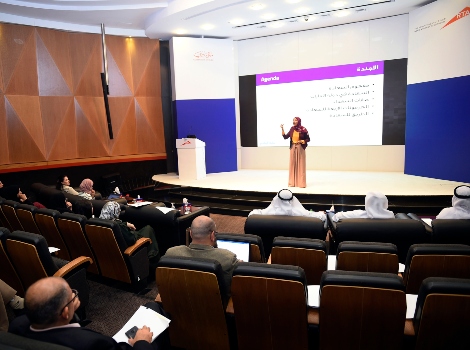 “The three workshops were held as part of the Arab Professionals Forum initiative rolled out by the Mohammed bin Rashid Al Maktoum Knowledge Foundation in coordination with LinkedIn. The objective of the forum was to disseminate the experience of its members amongst the community at large,” said Mansour Al Falasi, Director of Human Resources & Development at RTA’s Corporate of Administrative Support Services Sector.

Over three days, specialists were engaged in discussions about three topics. The first was about artificial intelligence (AI), which covered the concept and how to benefit from AI in facilitating the life of people and improving government services. It also focused on the future role of AI in shaping human life.
The second topic discussed employees’ happiness. It defined the concept of happiness and how to make people happy. The lecturer maintains that happiness is not all about achieving a single target, as such a type of happiness tends to be momentary. The real happiness rests in the satisfaction and content as well as the ability to regroup after crises and challenges to which people are vulnerable.

The third topic was forecasting the future. It examined the contents and deliverables of the first, second and third industrial revolutions as well as the current fourth industrial revolution marked by innovation, technology and digitisation.  The lecture stressed that the availability of data at present could fend off future crises such as the economic crisis that had shaken the world in 2008. Accordingly, it is now easier to anticipate the future and consider how to tackle it.

“The workshops have opened knowledge and intellectual avenues for our staff. We are always keen on providing them with current knowledge to realise RTA’s aspiration to be a continues learning organisation,” concluded Al Falasi.