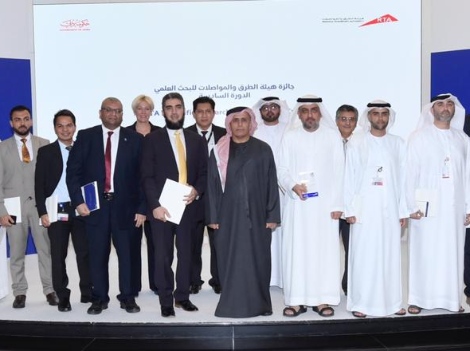 A new category for the happiness of people of determination has been added to the forthcoming edition of the Scientific Research Award of Roads and Transport Authority (RTA). The addition signals the attention towards supporting this important community segment and broadening the participation in the award.

The upcoming renewal of this biennial award, which is presented by His Excellency Mattar Mohammed Al Tayer, Director-General and Chairman of the Board of Executive Directors of RTA, is themed: Today’s Research for a Promising Future. It aims to nurture the culture of scientific research amongst employees and encourage the commissioning of researches that serve RTA’s strategic objectives.

Over the past six editions, the award reached a maturity level in terms of standards and assessments results; which are primarily driven by the quality of research.

RTA is keen on boosting the concept of innovation and knowledge management through improved scientific research methodologies. It motivates the mental abilities of employees by engaging them in workshops and training in reputed universities. The assessment of research is undertaken by a jury comprising an elite panel of academicians, professionals and specialists in the fields and categories of the award.

In addition to the newly introduced category of researches about the happiness of people of determination, the award includes general research, freshman researcher, future foresight and published researches categories.

RTA is keen to cooperate with several reputed universities to enrich the deliverables with new topics and scientific research methods to bring them at par with the highest scientific standards.

Among the conditions set for the award is that researches submitted should be compatible with RTA’s eight strategic goals namely: smart Dubai, integrated Dubai, people’s happiness, smooth transport for all, safety and environmental sustainability, financial sustainability, advance RTA, and assets sustainability.