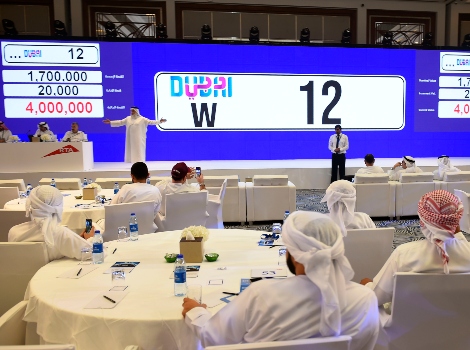 In this public auction, RTA offered 90 distinctive two, three, four and five digits for the distinctive vehicle plate numbers of the codes I-J-K-L-M-N-P-Q-R-S-T-W-Z.

RTA, with the introduction of distinctive vehicle number plates through public and online auctions, encourages healthy competition among potential bidders as the numbers represent special dates, events, aspirations, or important landmarks in their lives. RTA seeks to organise the auctions according to the market demand and to enhance customer happiness. The large response to these auctions promote healthy competition to obtain these special numbers.