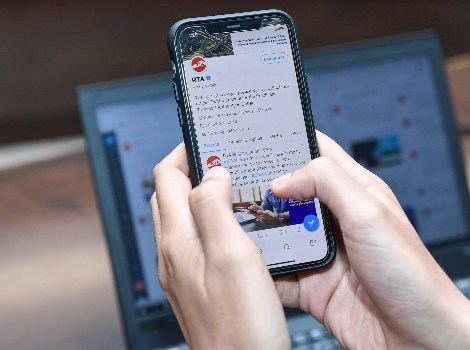 The Customers Council of Dubai’s Roads and Transport Authority (RTA) has recently held a session via Twitter under an initiative themed (Speak with RTA). The discussion session attracted a considerable number of community members from various nationalities amongst those benefiting from RTA’s smart and e-services.

Over one hour, several clients made inquiries and raised questions relating to a host of RTA’s services, especially those associated with smart and e-services. They also made requests, suggestions, comments and expressed views about RTA’s service offering through direct tweets with the Chairman of the Customers Council and attending RTA staff.

Al Mulla praised the huge participation and interaction of clients engaging in direct contact with RTA. He commended their keenness to take part in improving RTA’s services and supporting initiatives tailor-made to serve the interest of the public including residents, visitors, and tourists.

“RTA is always keen on bringing happiness to all clients and service recipients. It also attends to their safety and health, especially during these exceptional circumstances facing the whole world. RTA will spare no effort to raise their satisfaction rating and heed to their views and expectations,” commented Al Mulla.

“RTA will continue with the plan to hold Customers Council sessions via Twitter considering the huge successes of this experiment and the overwhelming participation of various community segments and nationalities. Most attendees praised this unique and transparent atmosphere where the Council was very clear in handling all cases raised. Topics relating to certain services will be put forward for discussion via Twitter, likewise, we do in the regular sessions of the Customers Council,” noted Al Mulla.

“Through its Customers Council and other interactive channels, RTA is keen to take quick action on proposals, views and comments made by public transport users and beneficiaries of other RTA services. This drive fits well with RTA’s standing in the community of Dubai and other Emirates as one of the leading service providers in the nation,” he added.

At the end of the session, Al Mulla thanked all attendees of the Twitter session and praised their valuable interaction and input of constructive ideas. He added that such interaction would have a vital contribution to improving the level of services provided by RTA’s agencies and sectors 24/7.