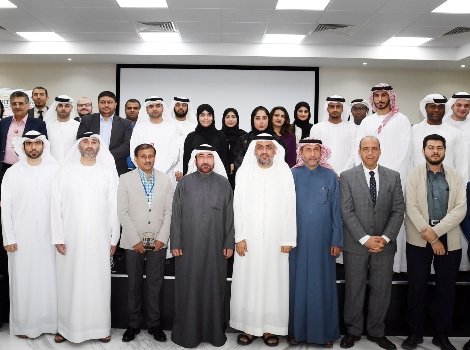 UITP MENA Centre for Transport Excellence (CTE) at Roads and Transport Authority (RTA) has held a series of events during the first half of this year comprising training courses and workshops. Events covered a diverse topic of relevance to public transport in the region and far afield.

Researches
The Centre has also commissioned several researches and studies such as a study on Public Transport from Users’ Perspective covering ideas and expectations of public transport riders, and a study about MENA Unofficial Transport tackling informal transport. Studies also included MENA Transport Report, a reference document for MENA Transport Data and Performance Metrics; and Economics of Public Transport in MENA a study covering the concepts of different business models in the region.

Objectives
MENA Center for Transport Excellence aims at promoting public transport strategies in MENA region, introducing the best global mobility practices, and training specialists in this field. The Center also seeks to furnish transport specialists with the best international practices of the industry, carry out relevant research, and promote the exchange of experiences between entities and universities of the region. It also aims to disseminate the culture of public transport and assist member countries to adopt successful public transport practices to cope with the mobility needs of the population.

The RTA has established the MENA Centre for Transport Excellence in collaboration with the UITP, and held the MENA Public Transport Congress and Exhibition. The initiative of establishing a permanent center and organizing the congress & exhibition has rendered Dubai a hub for professional researches and the exchange of field knowledge. The initiative enabled the development of real-time applications to ensure better mobility for people and contributed to providing a healthy living environment. The core initiatives adopted by the Center include establishing a host of channels for organizing transportation and sharing experiences, preparing reports about mobility policies in MENA, and delivering training courses to help employees in the transport sector.