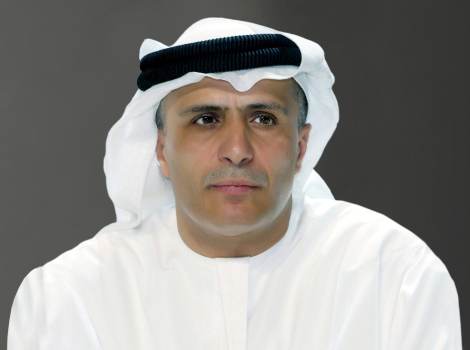 His Excellency Mattar Al Tayer, Director-General and Chairman of the Board of Executive Directors of Roads and Transport Authority (RTA), praised the vision of His Highness Sheikh Mohammed bin Rashid Al Maktoum, Vice-President and Prime Minister of the UAE and Ruler of Dubai, to launch the E-Government initiative 20 years ago. He pointed out that the subsequent projects and smart transformation of Dubai into a city that delivers services via advanced smart applications proved effective, not only in Dubai but across the UAE. Thanks to that drive, it was possible for government departments to ensure business continuity and deliver high-quality services during the lockdown forced by Covid-19 pandemic.

“RTA was among the first public entities to deliver all services through user-friendly and innovative smart platforms. It kept increasing and improving the quality of its smart services on offer. Thanks to those efforts, RTA now offers services via four digital channels and a website,” said Al Tayer.

“Our smart services proved highly effective during Covid-19 lockdown. The number of digital transactions soared sharply by 40% compared to the same period last year. Equally, transactions carried out through Mahboub Chatbot doubled to 100%. Consequently, RTA’s happiness index of digital services clocked 90%, and customers use of digital and smart services rocketed by 300% during the National Disinfection Programme compared to last year,” added Al Tayer.

In the field of sustainable and smart transport, RTA established a link with 114 limo companies, 7 e-hail companies, and 2 shared transport companies (hourly rental) using Al-Merqab system; which streamlines and monitors the performance of limo and e-hail companies. The system offers an innovative solution for key challenges of streamlining the business of e-hail companies. The system is installed in 6000 limos operated by 114 firms and tracked 19 million journeys of e-hail companies (Uber and Careem). RTA linked 10,375 taxis with a central monitoring and managing systems of surveillance cameras. It also installed smart cameras and dashboards for monitoring the attitude of taxi drivers.

RTA’s improvements in infrastructure and smart vehicles included the smart route system for testing drivers, which completed 800 transactions. The system reduced the time of retrieving video records of drivers testing by 75%. It enabled the development of 10 new guidelines for improving the quality and governance of testing. The system reduced the time of reporting accidents and vehicle faults by 75%.

The Smart Route uses artificial technologies, internet of things, face-recognition technology, three-dimensional panoramic photography, GPS and others. More than 2000 people were tested through the virtual driving system reached, and the success rate achieved was 79%.

In the field of artificial intelligence, Mahboub Chatbot completed about 245 thousand transactions. The system reduced the number of calls to the Call Centre by 40% and provided 130 services. Thanks to this success, Mahboub won the biggest chatbot award in the region. The Robot (Pepper) delivered eight orientation workshops for new employees, and three training workshops for drivers attended by 30 drivers. The system was also used in 4 exhibitions.