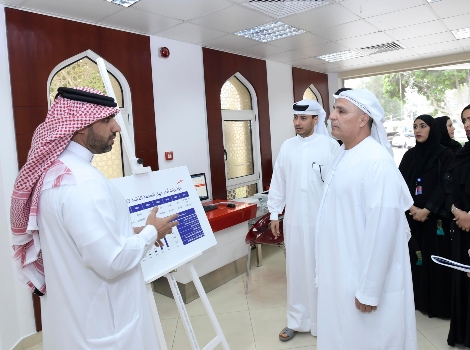 HE Mattar Al Tayer, Director-General and Chairman of the Board of Executive Directors of Dubai’s Roads and Transport Authority (RTA) stressed RTA’s relentless efforts to innovate tools and techniques to leverage the smart transformation of customer services. Such efforts are in line with the Government’s drive to transform Dubai into a smart city contributing to people happiness by offering them world-class standards services.

Al Tayer made this statement during the launch of the I-Counter; a mini smart and integrated customer service centre, which can be easily relocated. It enables clients to make self-service transactions round-the-clock. The machine can process all transactions that can be availed via the Smart Kiosk, except for cash payment, and printout of transactions.

Services offered through the I-Counter include query, payment of traffic fines, licensing/renewing of vehicle registration, and issuing/renewing driver license. They also include issuing of replacement of a lost vehicle registration card, certificate of owning/not owning a vehicle, replacement of a lost driver license, insurance premium reimbursement certificate, and clearance certificate. In the near future, more services will be added, such as the refund of payments, and the top-up of nol cards/seasonal parking cards. It serves customers in five languages (Arabic, English, Malayalam, Urdu, and Chinese).

Al Tayer also reviewed initiatives developed to enhance the customer experience, including upgrading the automated queuing system through reading the ID card details and sending a digital ticket to the customer's phone. An escalation process was also linked to the queuing system such that the Head of the Centre and Section Manager are notified in case of failure to achieve the targeted waiting and service delivery time.