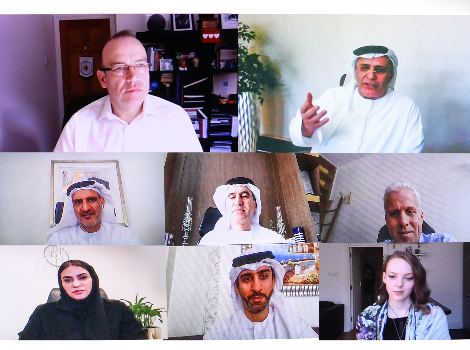 His Excellency Mattar Al Tayer, Director-General and Chairman of the Board of Executive Directors of Roads and Transport Authority (RTA), held a meeting via video conference technology with Chris Heaton-Harris, Minister of State at the Department for Transport, UK. The meeting discussed means of boosting cooperation between RTA and its British counterpart as well as RTA’s forthcoming projects, especially those related to future transport solutions.

Discussions also touched on the latest developments of Covid-19 pandemic and its impact on the public transport sector, along with the means of coping with the situation to protect riders and staff.

Al Tayer stressed that RTA had implemented the top global standards stated in UITP’s reports focused on sanitisation, protection of riders and staff, and physical distancing at stations and onboard transit means.

They also reviewed the joint efforts of RTA and British firms, such as Serco, Dubai Metro and Tram operator and BeemCar Holdings Ltd, to provide future mobility solutions highlighted by the development of Sky Pods on suspended rail technology; a futuristic transit system for Dubai. Al Tayer praised the partnership between RTA and British companies operating in the field of transport.

Attendees of the meeting were Andrew Jackson, British Consul General to Dubai; Abdul Mohsen Ibrahim Younes, CEO of Rail Agency; Ahmed Bahrozyan, CEO of Public Transport Agency; Ms. Moaza Al Marri, Executive Director, Office of the Director-General and Chairman of the Board of Executive Directors, and several Directors at RTA.