(Al Tayer: The initiative is unprecedented worldwide in achieving the semi-total conversion of limousines into environmental-friendly vehicles) 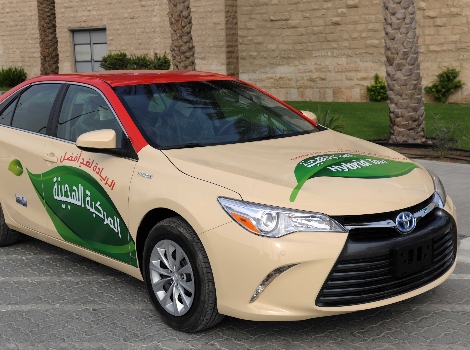 Chaired by HE Mattar Al Tayer, Director-General and Chairman of the Board of Executive Directors of Roads and Transport Authority (RTA), RTA Board has endorsed an initiative to transform 90% of limousines operating in Dubai into environmental-friendly vehicles (hybrid/electric) by 2026. The initiative is the first of its kind worldwide in the semi-total conversion of the limo fleet into green vehicles.

“This initiative is implemented under the directives of His Highness Sheikh Mohammed bin Rashid Al Maktoum, Vice-President and Prime Minister of the UAE and Ruler of Dubai, to save power consumption in the UAE, which is crucial for the environmental sustainability and development projects with its various components. It also fosters a safe, clean and sustainable environment that will leverage the profile of Dubai. In addition, it contributes to the Dubai Government initiative to introduce green vehicles for a cleaner environment,” said Al Tayer.

“The step is part of a master plan to curb carbon emissions of taxis and limos by 2% as required by the Dubai Supreme Council of Energy and the Green Economy drive. It also comes in the aftermath of fuel deregulation policy and the low cost of electric/hybrid vehicles life span compared with fuel-powered vehicles.

“About 6,500 limos are operated in Dubai by 100 companies or more. Each vehicle travels about 400 km per day, which translates into the production of 44 tons of carbon emissions per annum.

“In the context of its support to green mobility, RTA is offering a 25% discount on the monthly franchise fees on electric vehicles throughout the first year. It will also give permission the electric vehicles to use bus-dedicated lanes. I addition to increasing electric vehicles life span to two years more than fuel-powered vehicles,” added Al Tayer.

RTA is the first entity in the region to deploy hybrid/electric vehicles in the taxi fleet for a trial run from 2008 to 2011. Results of the trial have proved the economic and ecological feasibility of the project, with 30% fuel saving and 30% reduction in carbon emissions.