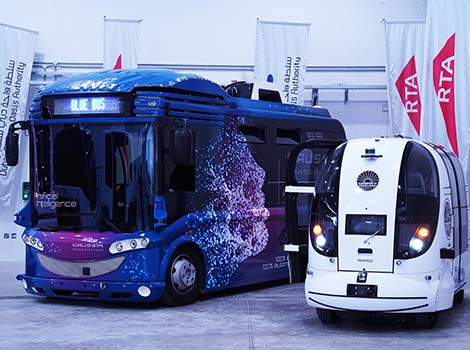 Dubai’s Roads and Transport Authority (RTA) has fixed August 31st 2020 as a deadline for receiving submissions to the second edition of the Dubai World Self-Driving Transport Challenge 2021, which has generous prize money of AED6.3 million in total. It called on leading companies, start-ups and local academia to register their submissions through the website www.sdchallenge.com  before the deadline sets in.

It is noteworthy that His Excellency Mattar Mohammed Al Tayer, Director-General and Chairman of the Board of Executive Directors of Roads and Transport Authority inaugurated the second edition of the Challenge in the closing session of the Dubai World Congress and Challenge for Self-Driving Transport in October 2019 in a ceremony held at the Dubai World Trade Centre.

“The theme of the second round of the Self-Driving Transport Challenge will be (Self-driving Logistics Services) that covers ground transport means and drones among others. The aim is to broaden the scope and fields of application for participating firms. RTA started to receive submissions since last March, and the 31st of August 2020 is the final date for receiving submissions. We urge leading firms, start-ups and academia to make their submissions as early as possible through the website www.sdchallenge.com ,” said Ahmed Bahrozyan, CEO of Public Transport Agency and Chair of the Organising Committee of Dubai World Congress and Challenge for Self-Driving Transport.

“The success of the inaugural edition was a great impetus for us to continue with this Challenge, the first of its kind worldwide. It illustrates the pioneering drive of our government to transform 25% of total mobility journeys in Dubai into self-driving transit means by 2030. The second edition promises to be highly competitive and fits well with Dubai’s pioneering efforts to embrace autonomous mobility technology at all levels, which in turn will support Dubai’s sustainable growth,” he added.

“All local and global firms can make submissions under the Leading Companies category provided that they have to be registered locally or in the country of origin, and engaged in the development or operation of autonomous vehicles designated for ground logistical services (cargo transport).  The ‘Local Academia’ category is open for all UAE-based universities, institutes and research centres that have research interests in autonomous technology and engaged in developing autonomous prototypes capable of transporting goods, be it ground or aerial transport,” he explained.

“Following the end of the registration stage, submissions will be assessed by an international jury, and finalists will be announced in the final quarter of 2020. Those qualified will move on to the Practical Test stage, which is planned to start in June 2021,” concluded Bahrozyan.