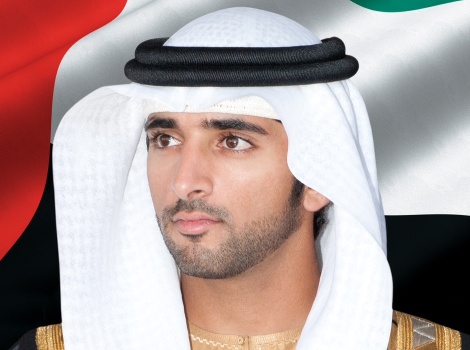 Under the auspices of His Highness Sheikh Hamdan bin Mohammed bin Rashid Al Maktoum, Dubai Crown Prince and Chairman of the Executive Council, the 1st MENA Congress and Exhibition of the International Road Federation (IRF) will take place under the theme (Mobility Solutions for the 21st Century), will be launched tomorrow (Sunday) October 29, 2017. The Congress, which is considered one of the key road-specialist events, will convene at the Dubai World Trade Center, and for the first time in the MENA region.

The opening ceremony will witness the honouring of sponsors and the keynote speaker.

The Congress, which is hosted by the Dubai Roads and Transport Authority (RTA), will see the participation of specialists and experts from all over the globe sharing expertise in an array of discussion panels. More than 100 papers will be presented, and 200 speakers will deliver speeches. 50 sessions will be held to discuss a whole host of fields relating to innovations in smart cities, designs of road safety and smart transit systems, assets and pavement management, partnerships and finance, and issues relating to the environment and sustainability. At the sidelines of the  Congress, an exhibition spanning more than three thousand square meters will be held where 70 exhibitors will take part.

The  Congress  attracts a diverse cast of speakers including: HE Abdullah Al Mogbel, Chairman of the IRF, HE Mattar Al Al Tayer, Director-General and Chairman of the Board of Executive Directors of RTA, HE Antony Foxx, Former US Secretary of Transportation (Keynote speaker during the  opening session), and HE Patrick Sanky, CEO of the IRF. Speakers also include HE Major General Mohammed Saif Al Zafeen, Assistant Commander-in-Chief for Operations at Dubai Police, Eng. Maitha bin Adai, CEO of RTA’s Traffic and Roads Agency, HE Huda Fakhro, Assistant Undersecretary of the Ministry of Public Works in the Kingdom of Bahrain, and  HE Amr Shaat, Advisor of the  Minister of Transport in Egypt. The list also includes CEO, specialists, experts, manufacturers, developers, legislators, decision-makers, companies & organisations, and business leaders of this industry. They will review and share the latest trends of modern technologies and innovations in this vital field.

“Staging this global event in Dubai is a global endorsement of the confidence reposed by international entities in the high profile of the UAE and its ability to host international events. It is also signals a recognition by the IRF of the massive efforts of the Dubai Government in nurturing the best infrastructure of roads network in the Emirate,” said Al Tayer.

“Thanks to the leadership and vision of His Highness Sheikh Mohammed bin Rashid Al Maktoum, Vice-President, Prime Minister of the UAE and Ruler of Dubai, and the close follow-up of His Highness Sheikh Hamdan bin Mohammed bin Rashid Al Maktoum, Dubai Crown Prince and Chairman of the Executive Council, Dubai has built a superb top-notch infrastructure in various fields, especially roads and transportation. This network is characterized by top quality and wide geographical coverage of all parts of the Emirate. The Dubai Government has invested huge funds in upgrading the roads and transport infrastructure to meet the needs of the urban and economic upswing, and bring happiness to residents and visitors of Dubai.  RTA has succeeded in bringing about a quantum shift in roads sector, which was instrumental to ranking the UAE Number One in terms of roads quality over the past four years 2013 to 2016 as well as obtaining the Prince Michael Awards and GCC Exhibition Awards for the Smart Roads app,” noted  Al Tayer.

“Over the past decade, the Dubai Government has spent about AED90 billion for upgrading the infrastructure of roads and transport network in the Emirate, including AED60 billion for roads sector. Accordingly, the total length of roads network in the Emirate has soared from 8715 lane-kilometre in 2006 to 13594 lane-kilometre in 2016. During the same period, the number of lanes crossing the Dubai Creek has jumped from 19 to 48 recording 153% rise. Examples of vital roads network projects include the construction of the 13-lane Business Bay Crossing, replacing the old Al Garhoud Bridge by a 14-lane crossing, constructing the 6-lane Floating Bridge using military technology, and increasing the number of lanes of Al Maktoum Bridge to 11 lanes. Projects also include the widening of the Sheikh Mohammed bin Zayed Roads from the outskirts of Sharjah up to Al Houdh Interchange from six to 12 lanes, and constructing the Emirates Road as a new traffic hub comprising 12 lanes, 15 intersections (including three flyovers), and 12 underpasses enabling turns. RTA has also accomplished the improvement and widening of Al Khail Road over a 15 km stretch from Al Meydan Road intersection to Sheikh Mohammed bin Zayed Road intersection of six lanes in each direction and converting the four R/As to multi-level flyovers. Work is currently underway to complete the Roads Parallel to the Sheikh Zayed Road Project extending 31 km. Moreover, RTA has introduced several measures to improve the traffic and safety at excellent standards, which contributed to lowering road accident fatalities in the Emirate of Dubai by unprecedented levels over the past ten years.

HE Abdullah Al Mogbel, Chairman of the IRF, said, “For centuries, roads had been the world’s first “social network” providing essential human and economic development. At the International Road Federation, we have tried to capture the connections between roads and trade with a simple slogan “Better Roads. Better World.” The roads we are designing and building today are durable assets. They would serve an increasingly diversified range of uses and vehicles. Events such as these supported by multi-stakeholder platforms, like IRF are essential to achieve a cross-industry consensus around essential questions.

“IRF and Dubai RTA share a common vision of roads and mobility at the service of a longer-term agenda of growth and sustainability. It is with this shared spirit that we have worked together to develop this program, and that we would continue to further our agenda of constructive engagement around mobility solutions for the 21st century,” added Al Mogbel.

The IRF is a renowned nonprofit-seeking international organisation established in 1948 and based in Washington supported by a network of regional offices all over the world. It serves a network of members comprising public and private sectors in more than 115 countries.

The IRF cooperates with the public & private sectors to explore the latest technological and scientific developments of modern road networks and land transport systems. It also monitors the traffic flow on roads, promotes road traffic safety, supports economic & environmental projects for improving & broadening roads network, and provides academic & training programs relating to the improvement & maintenance of roads network and land road transport. The IRF cooperates & shares the experience with international entities and lends support to the existing national and regional road committees. It also compiles & classifies statistical, technological, and economic data relating to the improvement of road systems & standards, participates in the development of technical standards and supports research relating to road systems at the local & regional levels. Thus, it acts as a global platform for sharing potential solutions conforming to the highest international standards and practices of the industry.