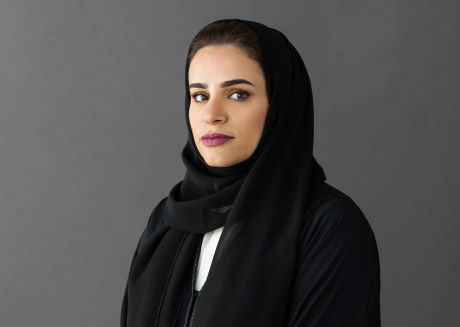 Moaza Al Marri, is the Executive Director of the Director General’s Office at the Roads and Transport Authority. ‏She is a Board Member at the Dubai Financial Market (DFM) and Secretary General of the Hamdan bin Mohammed Award for Innovation in Project Management . She is also serving as the Secretary General of Mohammed bin Rashid Al Maktoum Creative Sports Award at Dubai Sports Council, and as the Head of the Women’s Sports Committee.

‏Moaza holds a Masters of Business Administration in General Business from the American University in Dubai. Through her 20 years career Moaza had garnered diverse experiences from the private, semi government, government sectors and different committees in different sectors, giving her an agile and adaptive approach to multiple sectors requirements.

‏Moaza started her career in 1999 at Nestle Middle East, overseeing the Internal Communications for the Middle East and Levant market. After which she moved on to the banking industry joining Emirates NBD in 2009 and took up the positions of Senior Business Marketing & Communication Manager. In January 2014, she moved on to the Government sector joining the Roads & Transport Authority in Dubai as a Marketing and Corporate Communications Director, then she was promoted to become the Executive Director - Chairman & Executive Director Office at the Authority.

‏Moaza has won many accolades during her career. At Emirates NBD, she was responsible for successfully implementing 200 sponsorships and events annually on a group level, receiving the Sports Industry Award for the best sponsorship of the Year- Bronze 2013 for the Omega Dubai Desert Classic Activation.

In her present position, Moaza is heading few pivotal committees participating in the comprehensive development in UAE, such as: Women Committee in RTA, which enables and empowers women in RTA, this committee announced many distinctive initiatives, and organized varied cultural and sport activities. She also heads the team responsible of following up Mobility Future Foresight Project; this project is related to following up strategies and initiatives of smart transformation in the mobility sector, as well as re-enforcing RTA pioneering and Dubai in forming mobility future.

‏While at RTA Moaza has been entrusted in chairing several key organizing committees undertaking mega events in Dubai such as the launch of Dubai Tram (2014), Dubai Water Canal (2016), Etihad Museum (2016), Shindigha area (2018), and Expo (2020). She worked hard in her last position as Marketing and Corporate Communications Director with Dubai Brand to execute beauty designs on RTA assets.

She has also contributed towards RTA winning the International Public Relations Association (IPRA) award from South Africa in 2015, RTA being recognized as the best entity for encouraging reading in the ‘Year of Reading’ 2016 and on a personal level she won The Middle East Women Leaders Excellence Award in 2015 for Communications and Media excellence.