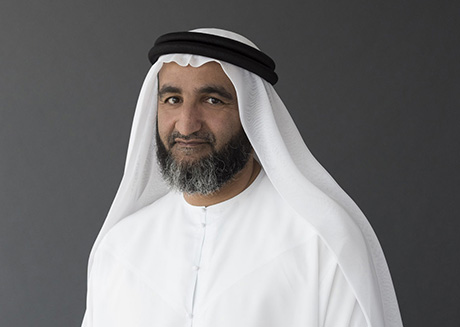 Ahmed Ali Al Kaabi is the Executive Finance Director at RTA. He is responsible for managing all financial matters related to RTA Agencies and Sectors by setting the strategies, legislations and financial policies that ensure RTA’s solid financial position and minimize the financial risks.
Al Kaabi has an Accounting Degree from the Higher Colleges of Technology.
He served 2 years as Costing & Budgeting Accountant in the Roads and Projects Department in Dubai Municipality, then 3 years as head of the Costing & Financial Analysis unit.
In 2005 he joined RTA as General Budget Manager and participated in supporting RTA’s Strategic Plan by putting in place the financial plans and strategies required to achieve RTA’s goals and achievements.
Al Kaabi headed several Committees and Teams in RTA such as Cost Rationalization and Revenue Maximization Committees, Employees Council, and Variation Order Committee, and participated in other committees, namely Budget Preparation Committee, Board of Executive Directors and others.
Ahmed Al Kaabi’s major achievements are as follows:
• Participated in setting the governmental accounting standards for Dubai Government in 2007
• Participated in developing budgets at Dubai Government level in 2007
• Participated in implementing the governmental resources systems in Dubai Government in 2004
• Established the Finance Department in RTA by setting the policies, procedures and financial systems in 2006
• Participated in achieving the cost rationalization and revenue maximization targets since 2011 until date
• Launched the internal training program “Together to Professionalism” -Financial trainings for Finance Department Employees in RTA- since 2012 until date
• Awarded by Dubai Government Excellence Programs in 2007 -Distinguished Financial Employee Category
• Received Certificate of Appreciation for the continuous efforts provided to improve the level of services in Dubai Municipality in 2004
• Awarded distinguished employee in 2002 and best Head of Unit in Finance Department 2003 in Dubai Municipality.