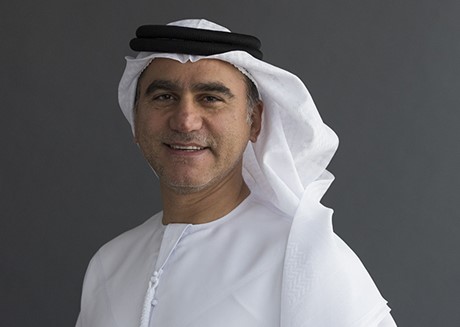 Abdul Muhsen Ibrahim Kalbat has a wealth of more than 28 years of senior leadership experience in the public sector. He has been an essential and prominent Member of RTA’s Board of Directors from inception in 2005. He has actively played a crucial role in the establishment of RTA through the development of robust and effective governance, operational and cross-functional frameworks and business organizational structure. He introduced creative management concepts and diverse approaches for improving administrative and technical processes across RTA, which lead to transforming them from routine daily operations to highly efficient strategic drive.

Abdul Mohsen has been holding the position of the CEO of Rail Agency since 2015. During this period, he has been actively focusing his efforts on improving operational efficiency, maximizing revenue and minimizing expenditure. In addition to his determination to expand, enhance and develop Dubai’s railway network, he was focused on the efficient and optimal utilisation of budget through the public-private partnership (PPP) scheme. He has also accomplished significant cost-saving measures of more than AED 25 billion in development & operational costs. Furthermore, he has played an important role in raising feasible financial returns on RTA investments through several engagements with third party providers and developers.

Formerly,  in 2006, he was appointed as CEO of RTA’s Strategy and Corporate Governance Sector. As part of his duties,  he undertook the responsibility to define and steer RTA’s strategic direction towards fully integrated transportation solutions with the aim to shifting from private car use to public transport in support of Dubai’s long-term strategic development plan and vision.

Abdul Mohsen is currently leading a host of vital and strategic projects at RTA including updating Dubai Railway Master Plan, Route 2020 project that extends the current railway network to connect with Expo 2020 site and the Red and Green lines extension project. Additionally, he is leading RTA’s efforts toward the future public transport systems by encouraging creative and innovative solutions and studying the feasibility of applying them in Dubai, such as the Hyperloop project. Furthermore, he has been actively involved in studying the implementation of state-of-the-art suspended transport systems, a futuristic game-changer transport system that will contribute to the development of the rail transit system all over the emirate.

Education:
Bachelor’s Degree in Computer Science from the University of the United Arab Emirates, Al Ain (1991).