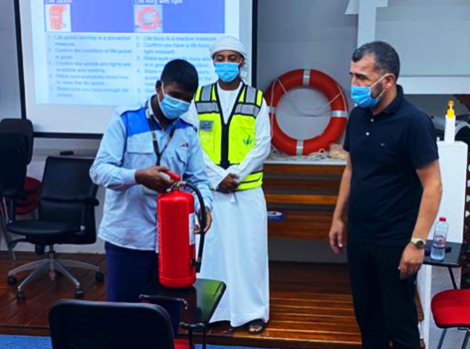 “Topics of the training courses covered improving the etiquette of dealing with customers and caring for their service and assistance. Items discussed also included the operational aspects of maritime safety and security, improving the responsiveness and handling of emergencies, the importance of periodical checks and maintenance of motors, besides catering to the appearance and cleanliness of both the Abra operators and driver,” said Mohammed Abu Bakr Al Hashemi, Director of Marine Transport at RTA’s Public Transport Agency.

The Director of Marine Transport concluded by paying tribute to the participation of the Dubai Maritime City Authority in these courses by sending specialists to assess the required training for RTA’s operators.