Customers Council explores needs and aspirations of People of Determination


(73 representatives of concerned parties and schools attended the gathering) 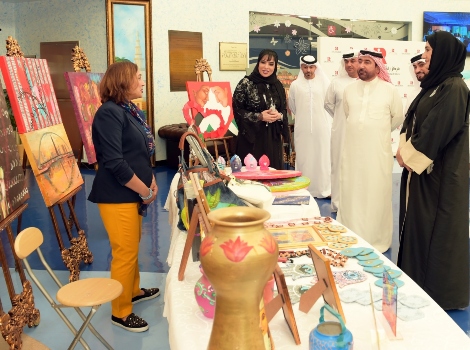 The Customers Council of Roads and Transport Authority (RTA) has convened in Rashid Center for People of Determination with 73 representatives of entities, people of determination and their parents to discuss the needs and aspirations of this community segment. Holding the gathering is part of RTA’s endeavours to deliver excellent services and maintain links with people of determination in response to Dubai Government’s initiative: (My Community – A City for Everyone).

Attendees of the session included Mohammed Obaid Al Mulla, Board Member and Chairman of Customers Council; Adel Shakri, Director of Planning & Business Development at Public Transport Agency as well as directors of the concerned departments and representatives of all agencies & sectors of RTA.

A visual presentation was made to highlight the services delivered and projects undertaken for the benefit of people of determination along with the communication channels, services and Apps developed in line with the best international practices.

“People of Determination happiness and satisfaction is one of RTA’s main priority. It had developed strategies and plans and allocated budgets to implement them for the benefit of people of determination. Examples of these tailor-made services include designing the infrastructural services, such as roads, crossings, parking, and buildings, to serve this segment besides implementing world-class standards of public transport modes and taxis befitting the people of determination,” said Al Mulla.

Through discussions, several ideas and suggestions were made including providing training to attendants & supervisors of mass transport on the needs of people of determination, especially autistics, and affixing posters on cars used by this category to alert road users, for safety reasons. The meeting called for allocating additional number taxis customised to the use of people of determination due to the high demand for the service. And it was suggested that the doors of these taxis to open sideways instead of the door opened from the rear of the vehicle.

The council recommended the concerned agencies and departments at RTA to study and implement the suggestions and ideas proposed as per the rules and regulations applicable at RTA with the aim of bringing more happiness to this cherished community category.