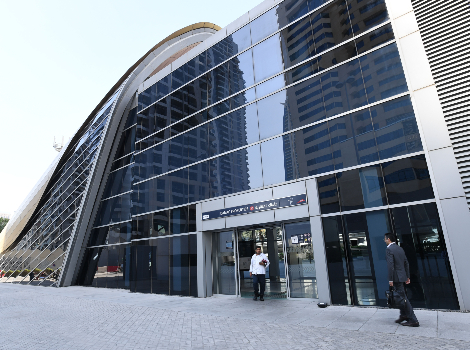 The step is part of a 5-year plan for the improvement of metro and marine transport stations and their surroundings to enhance multi-modal transit integration, bring happiness to customers, and provide a better mobility experience for pedestrians, cyclists and people of determination.

“The plan envisages upgrading the facilities of 40 metro and marine transport stations up to 2025 and improving the connectivity between stations and urban & tourist attractions up to 500 metres in the surroundings to ensure the safe and smooth accessibility of pedestrians, cyclists and drivers,” said Al Tayer.

“The plan will kick off by upgrading three stations on the Red Line of Dubai Metro (Dubai Internet City, Damac Properties and UAE Exchange). It also encompasses improving the infrastructure around five other stations (Al Rashidiya, GGICO, Al Qiyada, Noor Bank and Financial Centre Station) and two marine transport stations (Dubai Water Canal, Sheikh Zayed Road). The selection of these stations was based on several parameters such as the number of riders and people of determination, population density, geographical surroundings, and transfers to other transit means),” he explained.

“Improvements of the first three stations include adding a new western entry to Dubai Internet City station and improving the link between Damac Metro Station and Dubai Marina Tram Station to handle the rising number of riders during morning and evening peak times. An additional eastern entry will be added to the UAE Exchange station to enhance the accessibility to the station.

“Improvements of infrastructure around stations include building pedestrian crossings, covering rest areas, providing directional signs, constructing cycling lanes and landscaping, besides addressing the needs of taxis, smart initiatives and accessibility for people of determination in the vicinity of metro and marine transport stations,” concluded Al Tayer.