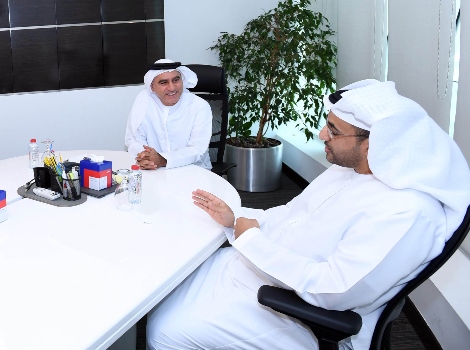 “RTA is always keen to share its pioneering experience in public transport with public entities across the UAE, especially the Tram as it uses cutting-edge technologies, the first of its kind in the region. The Tram Operations Control Centre is another field where sophisticated technologies are used,” said Younes.

Members of the visiting delegation thanked RTA’s Rail Agency for the warm reception and sharing the successful experience of the Tram system. They also praised the excellent job of RTA and its successful model that has leveraged the standing of Dubai as one of the most advanced cities in terms of ultra-modern roads and public transport infrastructure.

It is noteworthy that Dubai Tram is the first Tram network outside Europe powered by ground electric cable, rather than catenary cables, and the first tram system to fit stations with platform screen doors functioning simultaneously with the Tram doors opening and closing mechanism, which adds to the comfort and safety of riders and maintains the efficiency of the interior air-conditioning of both the Tram cabins and stations.