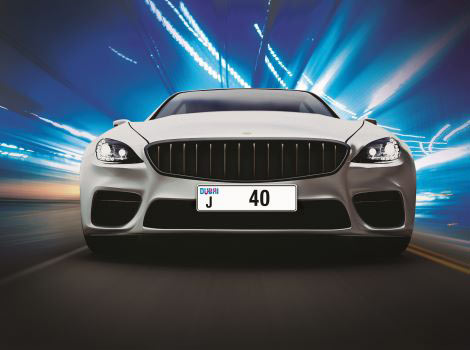 “Through offering distinctive licensing plates at open or online auctions, RTA is seeking to provide a transparent platform that avails fair opportunities to all bidders. Such plates are appealing to passionate clients seeking numbers that symbolise important events in their lives,” said Jamal Al Sadah, Director of Vehicle Licensing, Licensing Agency, RTA.

“These auctions are also of great importance to RTA as they serve the needs of a wide range of customers. RTA tends to hold auctions according to market needs with the objective of maximising customers’ satisfaction and happiness with RTA services. Such auctions are marked by intense and positive competition between passionate bidders,” he continued.

“The selling of number plates is subject to a 5% VAT. Each bidder is required to have a traffic file in Dubai, and deposit a security cheque amounting to 25,000 dirhams addressed to Roads and Transport Authority. Bidders have also to pay an un-refundable auction fee of 120 dirhams at customer’s happiness centres at Umm Al Ramool, Al Barsha and Deira. Clients also have the options to make payment via credit cards by logging in to (www.rta.ae), or using Dubai Drive App,” he explained.