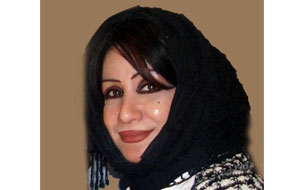 Engineer Maitha bin Udai, CEO of Traffic & Roads Agency at the RTA, said: “The decision to lower the speed on this sector of Dubai-Al Ain Road was primarily driven by the need to maintain public safety and curb traffic accidents. Recent statistics have shown that this area witnessed seven fatal accidents, four immoderate accidents, and nine moderate accidents due to excessive speed between 2011 and 2013. Moreover, the proportion of heavy trucks using the Road in both directions has grown to 14%, whereas the Speed Manual of the Emirate of Dubai sets the maximum speed of heavy vehicles as 80 km/hour.

“High speed is considered a direct contributor to 20% of fatal crashes, and a secondary contributor to 80% of fatal crashes in the Emirate of Dubai; which obviously tells that speed control is one of the most effective tools of reducing traffic accidents. The mechanism of setting the Posted Speed depends on a number of parameters including the designed speed of the road, actual speed of the road (The 85th Percentile Speed), urbanization level on both roadsides, pedestrian movement, availability of schools, mosques & other vital facilities, scope of crashes witnessed, traffic volumes, and the high probability of serial accidents,” explained Maitha.

“According to traffic safety researches conducted by the Traffic & Roads Agency, studies were focused on a number of spots witnessing recurrent or high rate of traffic accidents in order to develop remedial measures in accordance with the Speed Management Manual. This Manual provides for a flexible strategy & procedures in setting speed limits on Dubai roads conforming to the highest international practices. It defines the correlation between the optimal speed limits and the traffic flow. It also provides for intensifying basic engineering tools for rectifying speed dangerous speeds, carrying out media campaigns highlighting speed risks, and the use of the optimal traffic enforcement measures, in addition to charting out principles & procedures of specifying and revising the speed limits.

“One of the key tools of controlling the speed in Dubai is the radar system, and accordingly studies focused on the grace margin between the road speed and the grace speed according to the best international practices with the aim of saving the lives of road users. This will accordingly contribute to realizing the third key strategic driver of the Dubai Strategic Plan 2015 i.e. render the city an ideal & safe place for living and business. Many of the advanced countries allow a grace margin not exceeding 10 km per hour, and it was therefore concluded that it was essential to set a grace margin speed in a technical manner. Findings of researches conducted in the UK and Norway proved that speed control radars contributed to slashing accident levels by as much as 20% when properly used,” noted the CEO of RTA Traffic & Roads Agency.

“In this context the RTA is continuously revising maximum speeds on some vital roads and in the Emirate of Dubai to increase or reduce the speed limits depending on the condition of the road and the surrounding environment in cooperation with our strategic partners. In coordination with the General HQ of the Dubai Police, a number of preventive measures & preventive will be taken to maintain the safety of road users including changing speed limit signs (100 km instead of 120 km), and directional signs aligning the traffic relationship between road users and the best standards & techniques applied worldwide to ensure a safe and smooth mobility for all,” said Maitha in a concluding remark.