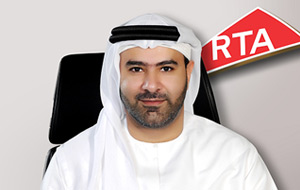 The Roads and Transport Authority (RTA) revealed that it had carried out 2839 inspections to detect any violations relating to the rail right-of-way during the first six months of this year 2015 with the aim of protecting the infrastructure of the rail network in Dubai.

“An inspection section had been set up within the structure of the Rail Right-Of-Way Department at RTA to carry out 24/7 inspections (on shifts basis) of all works related to projects within the protected areas of the rail facilities in respect of which NOCs had been issued by RTA to contractors. The aim of this inspection is to ensure the strict compliance of those parties with the terms & conditions set by RTA,” said Hussain Al Saffar, Director of Rail Right-Of-Way, RTA.

“The Department is also focused on hazardous projects in order to avoid damaging the rail infrastructure. A daily periodic inspection is carried out throughout the routes of the Red and Green Lines of the Metro as well as the Tram in order to detect violations, if any. Inspection operations conducted during the first six months of this year resulted in reporting 95 offences of vehicles parking in prohibited places under the metro viaducts. About 126 cases of legal notices and fine tickets were reported pursuant to the provisions of Order No. (5) for 2009 governing the Rail Operations in the Emirate of Dubai,” explained Al Saffar.

The Director of Rail Right-Of-Way at RTA urged the public to avoid parking their vehicles in prohibited areas under the metro viaducts to avoid legal actions. He also called on contractors & consultants to obtain NOCs in respect of various works undertaken with the rail protected areas in order to safeguard the facilities and infrastructure of the rail network.